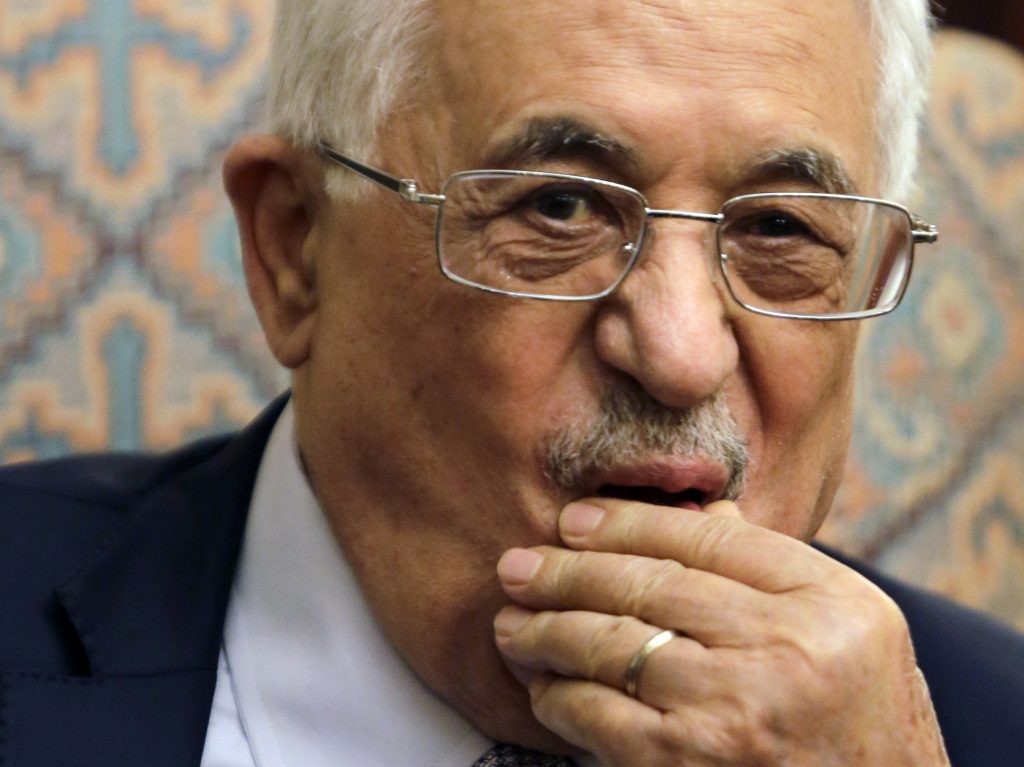 Palestinian Authority chief Mahmoud Abbas is anxious to reopen negotiations with Israel – to the extent that he is willing to overlook Israeli construction in Yehudah and Shomron. Unlike in the past, he will not make imposing a building freeze a precondition to opening talks, Bloomberg News quoted top PA officials as saying.

In an interview with Bloomberg, Mohammad Mustafa, a senior economic aide to Abbas, said that “we have not made the settlements an up-front issue this time. We think it’s better for all of us right now to focus on giving this new administration a chance to deliver.”

Mustafa also said that the PA would be willing to “tone down” its campaign to prosecute IDF officers and troops for “war crimes.” The PA has plans to charge individual soldiers and officers with such crimes for their work in fighting Arab terrorists. Israel has been lobbying the U.S. and European countries to press the PA to halt its prosecution campaign.

This is the first time in nearly a decade that the PA has expressed an interest in negotiations without demanding a building freeze. Abbas had made such a freeze a precondition of talks during the eight years of the administration of Barack Obama, who subsequently pressured Prime Minister Binyamin Netanyahu into declaring such a freeze in 2009 in order to encourage Abbas to talk. The PA chief refused to do so, however, adding more demands, such as including the issue of Yerushalayim in the talks – an issue both sides had in the past agreed would be left until the end of the negotiation process – as the price for his agreement to talks.

According to several media reports, U.S. President Donald Trump is developing a “road map” peace plan, with specific goals and timetables for achieving them. The discussions will encompass all the major issues, including the fate of Yerushalayim, and aim for a comprehensive, single settlement, instead of a temporary deal that would require further negotiations.

The new plan, said the reports, differs from others in that the negotiations will discuss specific issues separately, with some likely easier to achieve, and others more difficult. The hope is that the trust built between both sides on the smaller issues will influence the larger ones, thus facilitating the emergence of a “grand deal.” The reports said that Trump believed, based on his business experience, that this would be the best way to approach the problem.