World Could the Persian Gulf Rift Mean the Beginning of the End of Al Jazeera?
World 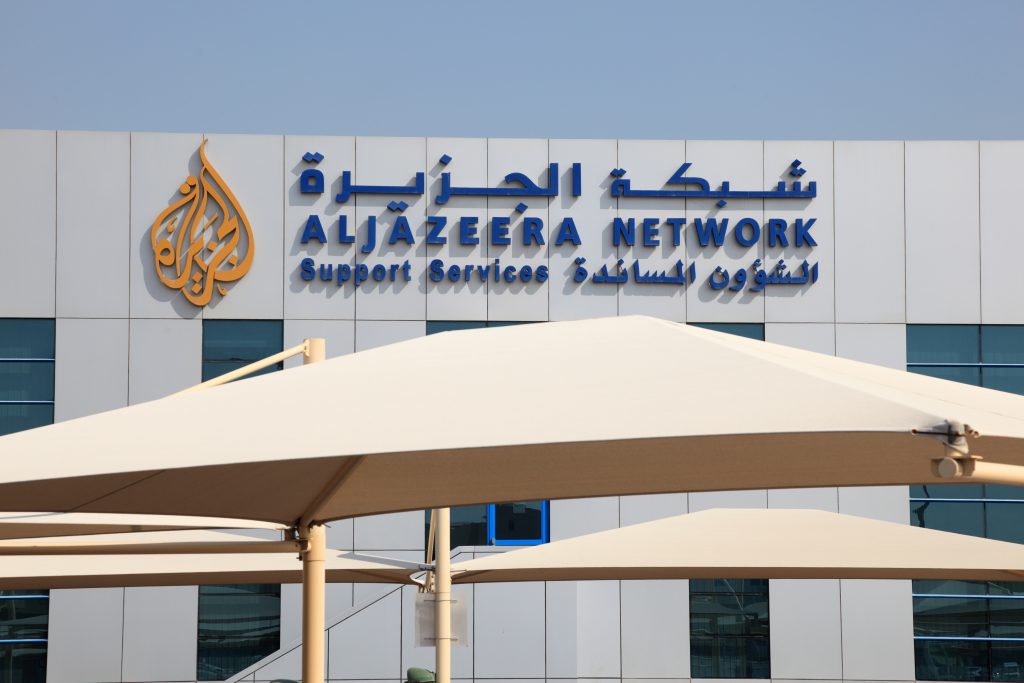 Al Jazeera, the Pan-Arabic media network that gained a sudden worldwide audience during the Arab Spring of 2010, is now threatened with extinction, many Middle East analysts fear.

On Monday, Saudi Arabia, the United Arab Emirates and Bahrain were joined by Egypt and other neighboring states in breaking off diplomatic relations with Qatar, which founded and funds the network.

Nearly immediately, Al Jazeera took a hit. Saudi Arabia closed the network’s bureau in Riyadh and took away its operating license, accusing it of promoting terrorist groups in Yemen and sparking divisions in Saudi Arabia.

Jordanian officials later followed suit, announcing the closure of the Al Jazeera bureau in Amman and the withdrawal of its operating license in Jordan, a country that receives financial support from Saudi Arabia. Now, Al Jazeera is being targeted in other parts of the region.

This week, far-right activists in Israel stormed Al Jazeera’s bureau in East Jerusalem, demanding its closure, according to the nongovernmental organization Reporters Without Borders, which specializes in defending press freedom.

The Arabic-language channel, which also has an English language version, has been controversial since it was founded more than two decades ago by the Qatari royal family, which invested millions of dollars in the venture while asserting its journalistic independence.

Indeed, analysts like to joke that Qatar is perhaps the only country that is less famous than the network it funds, Al Jazeera.

But some Americans accused it of being a mouthpiece for terrorist organizations, due to what they considered slanted coverage of the 9/11 attacks in the U.S. and its broadcasts in the aftermath of those attacks of numerous statements by Osama bin Laden. The George W. Bush administration lambasted Al Jazeera for promoting anti–U. S. propaganda.

But for all the criticism, Middle East experts, including many in the West, considered Al Jazeera a breakthrough for the Arab world. It transcended any one country and provided a platform for free dialogue and political dissent. During the Arab Spring of 2010, viewers around the world lauded Al Jazeera’s constant, on-the-ground coverage of the protests in Egypt’s Tahrir Square.

Still, Al Jazeera — and the global power and reach it has given Qatar — has been entrenched in a brewing dispute in the Persian Gulf, where Egypt, Saudi Arabia and other neighbors accuse it of being a mouthpiece for the Muslim Brotherhood and other terrorist organizations. And now, analysts say, the Al Jazeera’s flame is at risk of being extinguished.

Sultan Sooud Al-Qassemi, a prominent Emirati commentator on Arab affairs, wrote in Newsweek that the network has long been “a bone of contention” for the region, even before the Arab Spring, and this could be the breaking point. He predicted the Gulf countries will demand the “complete shuttering of the Al Jazeera Network before any mediation can take place.”

Noha Mellor, professor of media at Britain’s University of Bedfordshire, told The Washington Post she believes Qatar will be forced to compromise and Al Jazeera “might be sacrificed.”

“Or they will have to tone it down,” Mellor said, primarily by cutting back on coverage of Saudi Arabia, which the network has been known to do in the past to placate the government there.

Reporters Without Borders condemned the measures against the media organization, saying the imposed closure of its bureaus amounts to censorship for political purposes.

“In Saudi Arabia, this violation of the freedom to inform compounds the country’s already very bad record on free speech and media freedom,” said Alexandra El Khazen, the head of the group’s Middle East desk. “We urge the Saudi authorities to rescind this decision and to let Al Jazeera resume operating.”

Al Jazeera did not respond to a request for comment from The Post. But reached by Reporters Without Borders, it said in a statement that this is not the first time the Saudi government has forced such restrictions on the network.

“We firmly believe these are unjustified measures by the authorities in the Kingdom against the Network and its operations,” Al Jazeera’s statement read. “We call upon the government to respect the freedom of press and allow journalists to continue do their job free of intimidation and threats.”

Some experts in the region are optimistic about the network’s future, saying it is too crucial an asset for Qatar to give up.

“It is the only way to shout against the Saudis,” Tal Samuel-Azran, head of the international communication program at the Interdisciplinary Center Herzliya in Israel, told The Post. “It’s like a teacher or a school principal giving up their megaphone.”

More importantly, it is a major force of influence in the Middle East.

According to a survey of Twitter accounts of 1 million Arabs conducted by Samuel-Azran, the one thing that all Arab Twitter users have in common is that they follow Al Jazeera.

“I would be very surprised if it were to shut down,” Noha Aboueldahab, a visiting fellow at the Brookings Doha Center, told The Post, adding that Al Jazeera is central to Qatar’s “soft power.”

Al Jazeera’s vulnerability right now, she said, comes from the fact that autocratic regimes in the region continue to see it as a threat because of its use as a platform for controversial voices, opposition leaders and activists.

“It’s a casualty of renewed authoritarianism in the region,” Aboueldahab said.

Al Jazeera has taken hits before.

The media group attracted increasing hostility — and a major drop in Egyptian viewers — in the aftermath of the Arab Spring, when it was accused of favoring the Muslim Brotherhood, considered a terrorist organization by Saudi Arabia and the United Arab Emirates. Both of those countries supported the 2013 coup of then-president Mohammed Morsi, a leader in the Muslim Brotherhood.

Al Jazeera has repeatedly denied such accusations and ties to extremist groups, asserting its role as an objective and fair news outlet.

Egypt forced Al Jazeera to pull out of its country in 2013, and more recently, Egypt’s president blocked the website alongside 20 other news websites accused of similar bias, according to Reporters Without Borders. Egyptian authorities have arrested several Al Jazeera reporters and employees over the years.

The network has also experienced its fair share of obstacles in the western hemisphere.

Al Jazeera launched its award-winning English-language counterpart in 2006. The channel is broadcast to more than 100 countries, and is considered an entirely different venture, Mellor said. “It’s by far more professional,” she said, even though it still receives funding from the Qatari government.

Riding on the success of Al Jazeera English, the media organization made ambitious investments to form Al Jazeera America in 2013, available at first in 50 million American homes with a stated goal of providing serious, objective journalism. But its ratings were terrible, and American audiences failed to latch onto its programming. Many Americans — including Fox News commentators — continued to try to link it to al-Qaida. The American channel folded in 2016.

Despite its ability to withstand endless blows and accusations, the future of the embattled Pan-Arabic media organization is unclear.

It will be tough for Al Jazeera to shake its reputation as a Qatari-backed network with a political agenda. “It’s completely funded by the emir, how objective can they be?” Mellor said.

But for some, the channel’s existence is crucial. Imagine if CNN disappeared in the United States, Samuel-Azran said.

“I definitely know that they can tone down,” Samuel-Azran said. “Al Jazeera can change.”