Israel Near Disaster at Wedding Hall in Yerushalayim
Israel 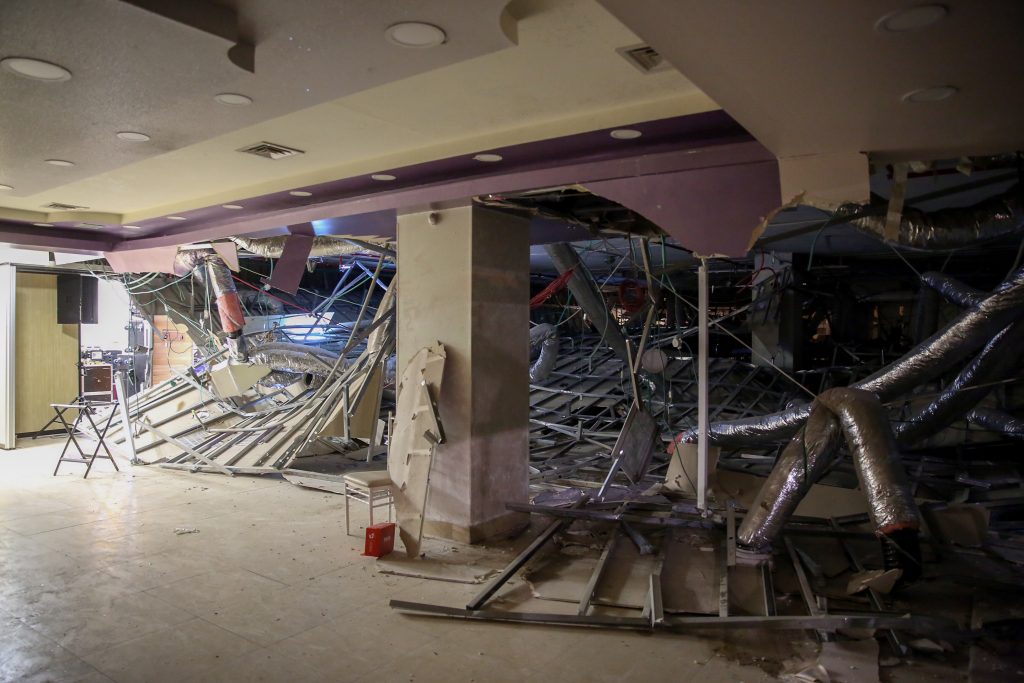 B’chasdei Shamayim, only one minor injury was reported when the ceiling of the Shirat Yerushalayim wedding hall on Kanfei Nesharim Street in the Givat Shaul neighborhood collapsed Thursday night.

Guests at the chasunah noticed in time that the ceiling appeared in danger of giving way, and evacuated the hall. Minutes later, all the tables were buried in debris.

Meanwhile, the chasunah was transferred to another venue, to which transport was quickly organized, according to local media reports.

Hatzalah volunteer Efraim Mendelovitch, who arrived at the scene, said: “After I got there, I could see the ceiling coming down, just as the last of the guests were exiting. The whole ceiling collapsed, where a large number of wedding guests had just been. Without doubt, it was a ness gadol.”

Rachel, who was at the chasunah, said: “At first we heard small explosions coming from the direction of the ceiling, and saw sparks (apparently from an electrical short circuit). Then some of the squares of plaster fell on the heads of some of the women guests. But they weren’t heavy, so they weren’t injured.

“Some people left, but most stayed, thinking it was over. But soon after, there were more explosions and sparks. We could see the whole ceiling was about to fall. There were screams and everybody rushed for the exits. A minute later, the whole ceiling collapsed. It was really a ness [that more weren’t hurt or killed].”

Fire and rescue units were called to the scene, and authorities were investigating the cause of the incident.

A psychotrauma team arrived at the scene and treated a number of people suffering from shock.