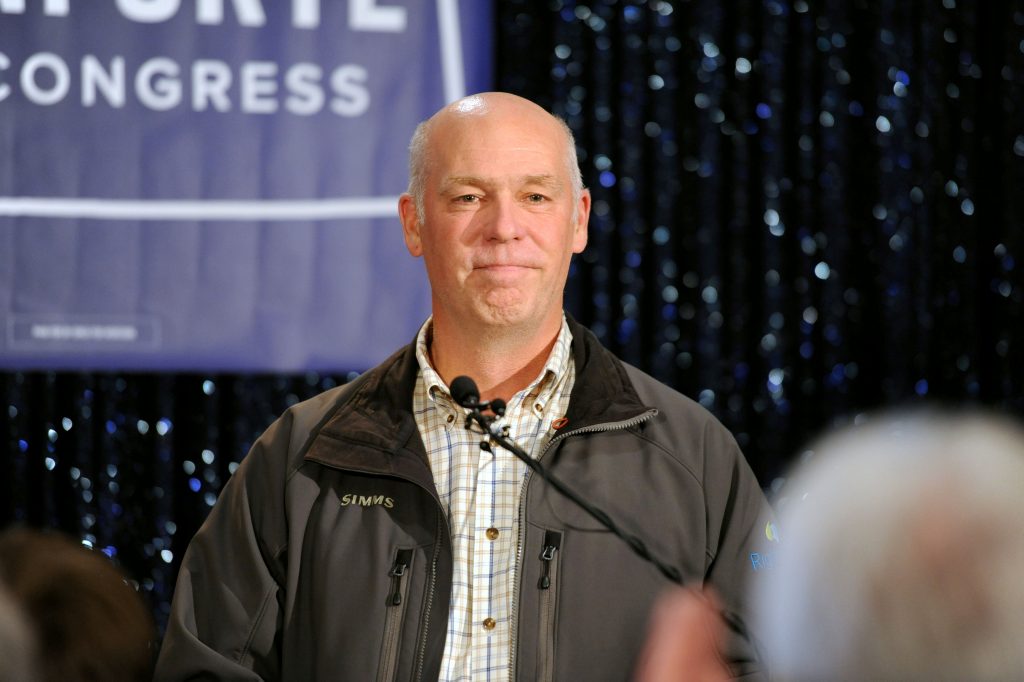 Montana Republican Congressman-elect Greg Gianforte pledged on Wednesday to donate $50,000 to a journalism advocacy group as part of an out-of-court settlement he reached with the reporter he physically assaulted on the eve of his election.

Gianforte, a wealthy technology executive who won Montana’s lone seat in the U.S. House of Representatives in a special election May 25, also issued a public apology to the reporter, Ben Jacobs, that went further than his previous statements of contrition.

Jacobs, a political correspondent for the U.S. edition of the Guardian newspaper, accused Gianforte of “body-slammming” him, and breaking his eyeglasses, when the reporter posed a question about healthcare during a campaign event in Bozeman.

An audio recording of the incident, in which Gianforte was heard shouting, “Get … out of here” and “I’m sick and tired of you guys,” was played repeatedly on cable news media afterward.

Gianforte’s campaign initially suggested Jacobs instigated the altercation by barging into the candidate’s office and shoving a recording device in the politician’s face as he was preparing for a media interview.

But in a letter of apology to Jacobs, Gianforte said his “physical response to your legitimate question was unprofessional, unacceptable and unlawful.”

He added, “Nothwithstanding anyone’s statements to the contrary, you did not initiate any physical contact with me, and I had no right to assault you.”

Gianfote also promised in the letter to contribute $50,000 to the Committee to Protect Journalists, a nonprofit group promoting press freedom worldwide.

In return for Gianforte’s latest apology and his charitable donation, Jacobs agreed not to bring civil action against the congressman-elect, according to a copy of a notarized release furnished by a spokeswoman for the reporter.

The document also shows that Jacobs, at Gianforte’s request, sent an email to Montana prosecutors saying he would not object to Gianforte pleading no contest to the misdemeanor assault charge.

“I hope the constructive resolution of this incident reinforces for all the importance of respecting the freedom of the press and the First Amendment and encourages more civil and thoughtful discourse in our country,” Jacobs said in a statement.

Free-speech advocates seized on the May 24 incident as a sign of growing hostility directed at U.S. journalists following the election of President Donald Trump, who has called the news media an “enemy of the American people.”

Gianforte, a Trump supporter, defeated Democratic rival Rob Quist, a banjo-playing, first-time candidate, to fill the House seat vacated when Mr. Trump appointed Ryan Zinke as U.S. interior secretary, and is expected to be sworn in later this month.