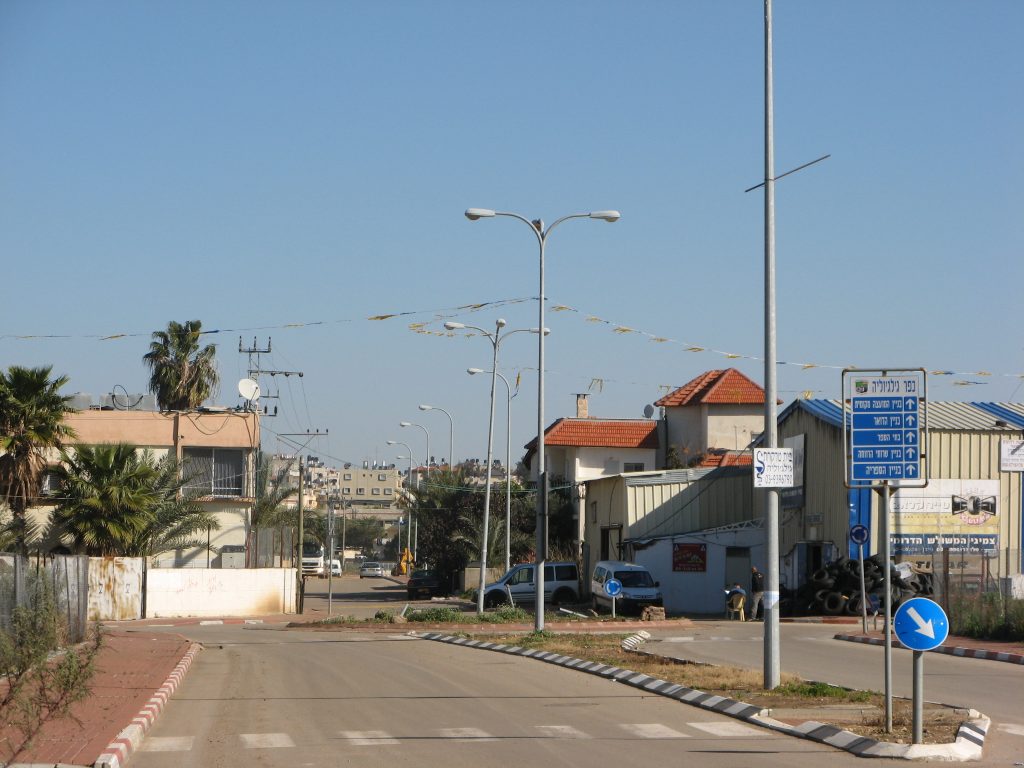 Seven residents of the Israeli Arab town of Jaljulye have been arrested for plotting a major terror attack, the Shin Bet announced Thursday. The arrests were made in recent days, after an investigation by the Shin Bet, Israel Police and IDF. Further arrests are expected. All seven are in custody and are to be charged with a variety of crimes, including conspiracy to commit a terror act, planning a kidnapping, and weapons violations.

The ringleader of the terror gang was Adam Paki, Jaljulya resident who recruited several friends and neighbors to plan the attack. Paki entered Gaza in December 2014 to attend a family wedding, and while he was there he was recruited to the ranks of Hamas by his half brother, Mahmad, and other Hamas terrorists. Instead of returning home after the wedding, Paki remained in Gaza and attended a Hamas training camp.

Among his trainers was Hassan Jabari, the brother of Ahmed Jabari, the head of Hamas military operations in Gaza, killed in 2012 by IDF troops during Operation Pillar of Defense. Paka then returned to Israel, and in April of this year, his half brother asked Adam Paka to carry out a terror attack in revenge for the death of Jabari and another top Hamas terrorist, Mazan Pukha, whom Hamas accused of eliminating, and vowing revenge on Israel for his death.

Paka, along with his gang, planned to shoot IDF officers, and they acquired several weapons for this purpose. After an investigation, the Shin Bet arrested one of the terrorists, Mahmoud Daoud, who informed on several others members of the gang, including Fares Paki, another brother of Adam Paki. Both Pakis have police records, the latter for criminal activity, and the former for being active in radical Islamic groups. Other members of the gang have been involved in crimes as well.

The Shabak said that the arrests were a good example of how radical Islamism and criminal activity in Israeli Arab communities work together, and how dangerous this is.

Jaljulye, a prosperous Israeli Arab town located near Kfar Sava, is indeed both – a center of organized crime, and a center of ISIS recruitment. A number of residents of the town have been arrested for similar crimes. Jaljulye was also the home of the infamous “glider terrorist,” who in 2015 tried to fly a glider into Syria from a site in the Golan Heights used by sports enthusiasts for paragliding, in order to join ISIS. His arrest led to the detention of six other residents of the town with similar aspirations.