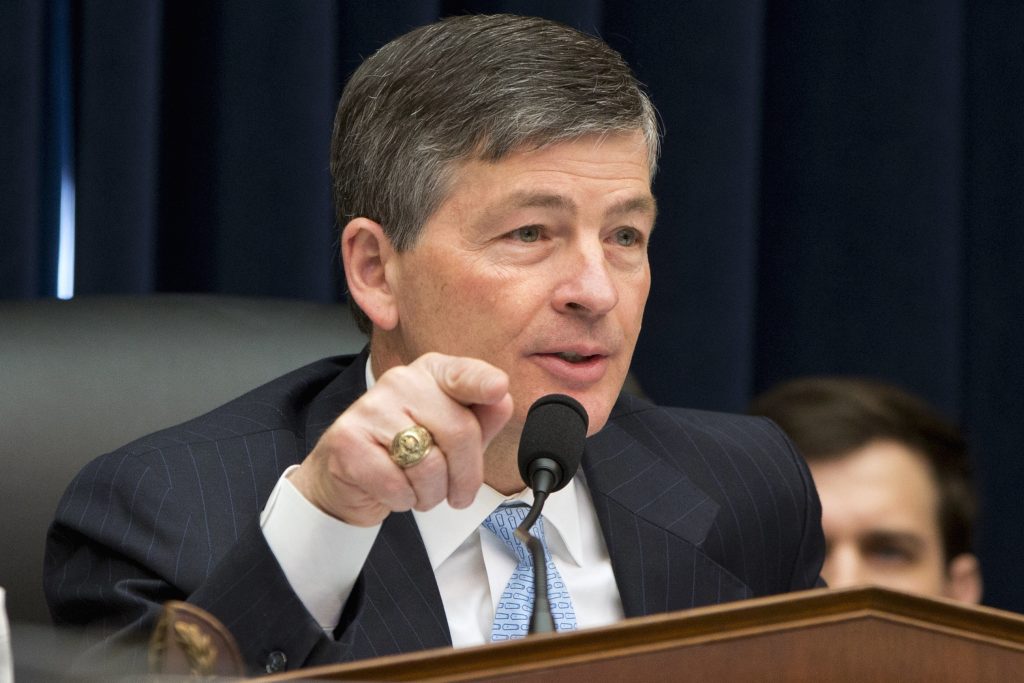 The House on Thursday is preparing to vote on sweeping legislation to roll back Wall Street regulations.

The bill, introduced by Rep. Jeb Hensarling, R-Texas, offers the country’s nearly 6,000 banks a choice: If they want to avoid many of the regulatory burdens imposed during the Obama administration, they must significantly increase their emergency financial cushion. That way, even if they run into financial trouble, the banks should have enough money to survive without taxpayers’ help, supporters of the bill say.

It also eases many of the regulations called for under the Obama administration’s 2010 financial reform law, known as Dodd Frank. Community and regional banks would receive a reprieve from many regulations, for example. The bill also significantly curtails the powers of Consumer Financial Protection Bureau, a potential sticking point from Senate Democrats.

The bill, known as the Financial Choice Act, has little chance of passing in its current form through the Senate, where Republican leadership would need to attract Democratic support. But it is critical part of the Trump administration’s multifront effort to ease banking industry regulations and could set the terms of a potentially explosive debate on whether nearly a decade after the 2008 financial crisis the banking industry is being too constrained.

“I think people are too dismissive of this bill being DOA [Dead On Arrival] in the Senate,” said Marcus Stanley, policy director for Americans for Financial Reform. “We are concerned about pieces of the Choice Act being taken up in the Senate.”

President Trump has said bank regulators went too far after the financial crisis in cracking down on lending practices, creating an environment that has made it hard for businesses and consumers to get loans. If banks can lend more money, it will help the economy grow and create more jobs, the White House has said. President Trump has also ordered three reviews of banking rules, the first of which Treasury Secretary Steven Mnuchin is scheduled to deliver this month.

Democrats have pushed back against this idea, though, saying the banking industry needs more oversight, not less. The Financial Choice Act would allow the conditions for the next financial crisis to fester, Democrats say.

“This bill is a vehicle for Donald Trump’s agenda to deregulate and help out Wall Street,” Rep. Maxine Waters, D-CA, the ranking member of the Financial Services Committee, said on the House floor. “Here’s the bottom line: Donald Trump and Republicans want to open the door to another economic catastrophe like the Great Recession and return us to a financial system where reckless and predatory practices harm our families and communities.”

Attempts to weaken the CFPB have drawn particular ire from Democrats. The legislation would strip the agency of some of its most important powers. It would no longer be able to write major rules regulating consumer financial companies, such as debt collectors, without getting approval from Congress. It would also no longer be able to levy hefty fines against financial institutions for “unfair” or “deceptive” practices. The CFPB used those powers to fine Wells Fargo $100 million last year for opening up to two million accounts customers did not ask for or know about.