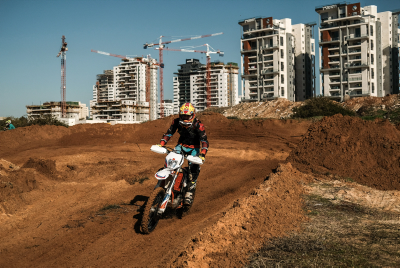 Israel is heading for a housing crisis, unless radical changes are made in the way land is distributed and in construction practices, according to building industry experts. According to Chaim Feiglin, chairman of construction firm Tzemach Hammerman, Israel is going to need at least 500,000 new homes in the next seven years, and 1.5 million over the next 20 years. “If we continue our current output schedule of construction, those numbers are unrealistic,” he told Yediot Acharonot.

Feiglin made the comments in response to data released by the Central Bureau of Statistics on the expected growth of Israel’s population in the coming years. According to a CBS report titled “Israel Population Forecasts Through 2065,” the country will have a population of 10 million by 2025, a figure that will double by 2065. Various experts have proposed different ideas, including requiring a mnimum height – as many as 40 stories – for new housing developments.

That solution is favored by Feiglin, who sees the immediate construction of at least three new metropolitan areas as the only solution to the coming housing crisis. “The government must authorize construction of these cities where there will be apartment towers, with space alongside for schools, parks, shopping and industry,” he said. “For the foreseeable future we are going to need such apartment towers in order to ensure a high quality of life.” This solution, he said, would utilize a minimum of land – some 200,000 dunams, or about 1 percent of the open land available for construction in Israel today.

Agreeing with Feiglin was architect Guy Miloslavksy, who told Yediot Acharonot that apartment buildings needed to be built with a minimum of 10 to 15 stories, and that construction of private homes needed to be greatly reduced. “The only place to build these new communities is in outlying areas, where development costs are higher,” he said. “The taller the buildings, the less expensive the development costs per unit.”

But according to Professor Rachel Alterman of the Technion, it will still be possible to build “low-level” housing and still provide enough homes for the growing population. “There are very good solutions for wise use of land resources,” Alterman said. “Along with housing, we of course need to build resources for communities, businesses and other uses.”