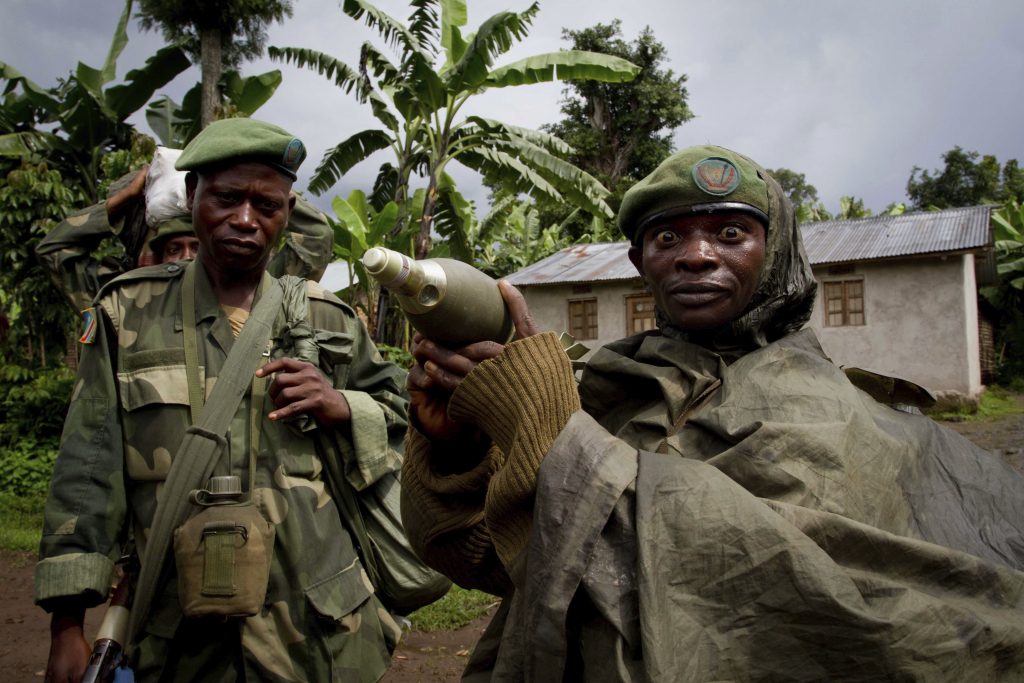 Increased violence and corruption in central Africa could be the result of the recent decision by the U.S. Securities and Exchange Commission not to enforce a rule requiring American companies to report their use of conflict minerals, warn Congolese civic groups, rights groups and U.S. senators.

“The conflict-minerals rule has played a critical role in reducing violence in mining areas in the Democratic Republic of the Congo,” said U.S. Sen. Chris Coons, D-Delaware, who recently signed a letter with five other Democratic senators urging the SEC to uphold the rule.

The conflict-minerals reporting rule, part of the Dodd-Frank financial regulations law, has largely been successful in ensuring that minerals worth trillions of dollars don’t benefit armed rebel groups blamed for human rights abuses, a coalition of groups from Congo and southern Africa told the SEC in a series of public comments earlier this year. In an opposing view, some business groups in the U.S. dismissed the regulation as ineffective and an unnecessary burden.

In April, acting SEC chairman Michael Piwowar said his organization will no longer enforce the 2012 rule that requires companies to verify their products do not use tantalum, tin, gold or tungsten that have been mined or trafficked by armed groups in Congo and other central African countries. Although the SEC is independent from the Trump administration, Piwowar was designated as acting chairman by Mr. Trump, and the SEC’s action appears to be in line with the president’s view that the government should reduce regulations of company operations.

In addition to the SEC action, Republican legislation to roll back the Dodd-Frank law, expected to pass the House in coming weeks, would repeal the conflict-minerals rule. The bill’s prospects in the Senate are unclear.

Armed rebels and criminal gangs have been funded for decades by the illicit trade in Congo’s minerals, estimated to be worth $24 trillion, according to the U.N. The minerals are essential ingredients in smart phones, laptops, tablets and other high-tech products.

Dropping the conflict-minerals rule implicitly supports conflict in the Great Lakes region, Leonard Birere, president of the Coalition of Anti-Slavery Civil Society Organizations in Goma, Congo, told The Associated Press in an email.

“The activity of the armed groups in the mining sites had decreased substantially as well as their capacity for violence” due to the conflict-minerals regulation, Birere said.

Another activist group claims the SEC chairman does not have the authority to drop the conflict-minerals reporting rule.

“One commissioner cannot remove the reporting requirement unilaterally. Companies are still legally required to file conflict-minerals reports and disclose their due diligence,” said Sasha Lezhnev, associate director of policy at Enough Project. “We plan on issuing (a) new company rankings on conflict minerals this year, and one of the criteria will be whether companies submitted complete SEC reports disclosing their full tracing, auditing, and other due diligence steps on conflict minerals.”

Congolese groups have a nuanced understanding of the conflict-minerals rule. When the regulation was introduced in 2012, many U.S. companies pulled out of the Congo.

“All sectors of our economy were suffocated or very nearly ground to a halt,” wrote a group of 31 civic organizations in eastern Congo to the SEC. But eventually the rule helped to cut off funds for armed groups and reduce child labor in mines, according to the coalition, the Thematic Working Group on Mining and Natural Resources.

The crackdown on illicit mining succeeded in reducing opportunities for armed groups to exploit the illegal trading of minerals, according to a report last year by the U.N. panel of experts monitoring sanctions on the Congo.

Eastern Congo has experienced insecurity for decades from a myriad of rebel groups. More than 16,000 U.N. peacekeepers are based in the Congo with one of the world’s most aggressive mandates to defeat militia groups.

In a letter to the SEC, 41 Congo-based non-profit organizations said that the conflict-minerals rule “undoubtedly contributes to reducing the rate of crime and human rights violations, including … exploitation of children in mining areas. All these efforts and progress will be destroyed if the U.S. government decides to contradict itself.”