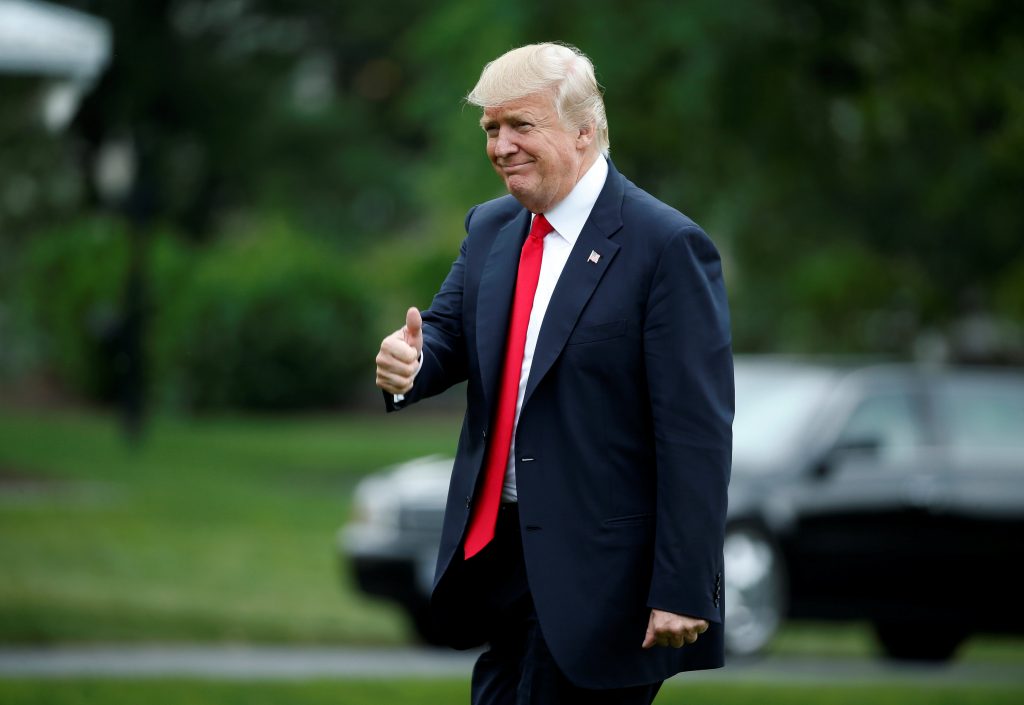 President Donald Trump is pleased that fired FBI Director James Comey confirmed in prepared congressional testimony that Trump was not under investigation in the probe of alleged Russian meddling in the U.S. election, President Trump’s outside attorney said in a statement on Wednesday.

“The president is pleased that Mr. Comey has finally publicly confirmed his private reports that the president was not under investigation in any Russian probe,” attorney Marc Kasowitz said.

“The president feels completely and totally vindicated,” the statement said.