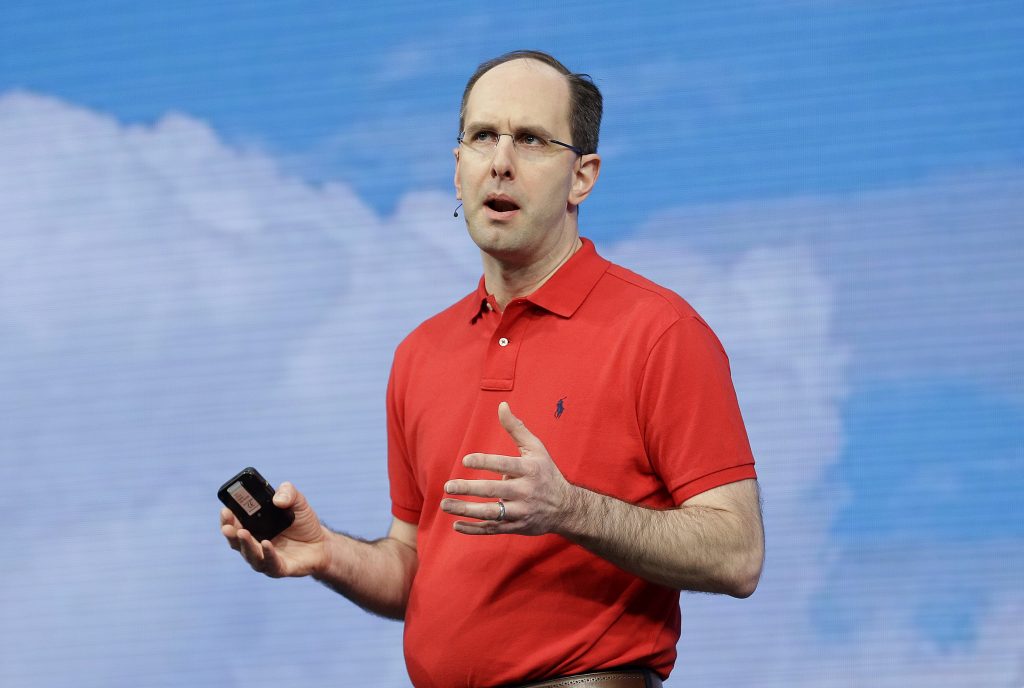 Microsoft is learning from Amazon, borrowing some of the company’s guiding principles in a competition to provide web-based technology services.

Scott Guthrie, who leads Microsoft’s Cloud and Enterprise unit, said on Wednesday at a GeekWire technology conference outside Seattle that Microsoft in recent years has based more of its decision-making on data-driven experiments and what it thinks customers want rather than what competitors might be doing. Both traits are hallmarks of Amazon’s hard-charging culture.

“I think partly because we are based in each other’s backyards, there is a bit of cross-pollination between both organizations,” Guthrie said.

“A bit” may be an understatement.

But as Amazon built out a massive business technology arm — Amazon Web Services — and Microsoft moved to match those capabilities, the companies found themselves as rivals for both customers and job recruits.

Resumes of technologists, salespeople and marketers in the Seattle area increasingly include stints at both companies, which are widely seen as the leaders in the business of providing on-demand processing power and software services delivered over the internet.

It’s not just Microsoft that has borrowed from Amazon, Guthrie said. At Amazon, he sees signs that the company is learning from Microsoft’s expertise in selling to business customers and building a network of partner companies that help sell its product.

“The cultures probably have gotten closer together the last several years,” Guthrie said.

Asked at the GeekWire conference about Google, viewed by many analysts as the No. 3 cloud-computing provider behind Amazon and Microsoft, Guthrie said he takes the California company’s challenge seriously.

There’s a risk in technology to focus on leaders in a market and pay less heed to the upstarts, he said.

“Those are often the people that you regret not taking seriously earlier,” Guthrie said. “I certainly don’t, at any stretch, undersell (Google’s) capability.”