Business Investors in Asia Batten Down Ahead of U.K. Vote, Comey Testimony and ECB
Business 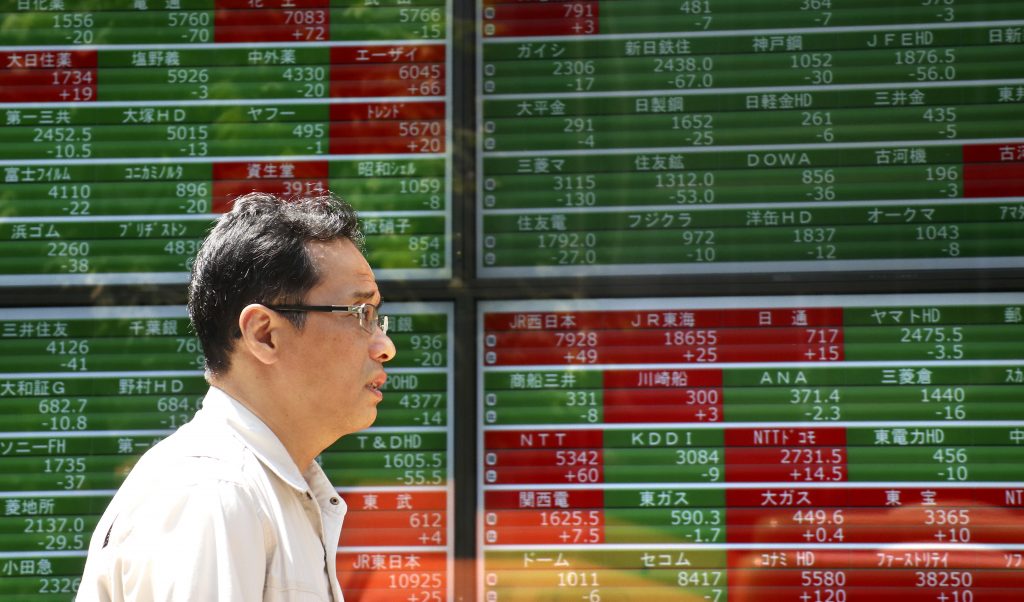 Asian stocks steadied on Wednesday but investors were wary ahead of an election in Britain, a European Central Bank meeting, and testimony at a Senate Intelligence Committee hearing by James Comey, the former FBI chief fired by President Donald Trump.

All the events scheduled for Thursday are fraught with risk for investors, but testimony by former FBI chief James Comey posed a potential danger to Trump’s economic agenda, and perhaps even his presidency.

Reports suggest Comey plans to reveal conversations in which Trump allegedly pressured him to drop his investigation into former National Security Adviser Mike Flynn, who was fired for failing to disclose conversations with Russian officials.

Risk-off sentiment pushed government bond prices up and yields lower, while propping up gold and the Japanese yen.

Ten-year U.S. Treasury yields briefly fell to seven-month lows of 2.129 percent, the lowest since Nov. 10, before recovering to 2.16 percent.

The dollar wallowed near a six-week low against the safe-haven yen, quoted around 109.44 yen.

Sterling firmed to 1.2905 per dollar, but held in a tight trading range ahead of Thursday’s vote.

Earlier opinion polls suggested the opposition Labour Party were virtually neck-and-neck with the ruling Conservatives, but a poll released on Tuesday put Prime Minister Theresa May on course to increase her parliamentary majority.

The ECB policy meeting could lead to some discussion of dropping some of the central bank’s pledges to ramp up stimulus if needed, four people with direct knowledge of the discussions told Reuters last week.

In this high-risk environment, gold was in favor, quoted around $1,294 per ounce. It has gained nearly 7 percent in the past month.

The Australian dollar strengthened to a one-month high of $0.7540 after first-quarter growth numbers forced short covering by those investors who had expected a weaker performance.