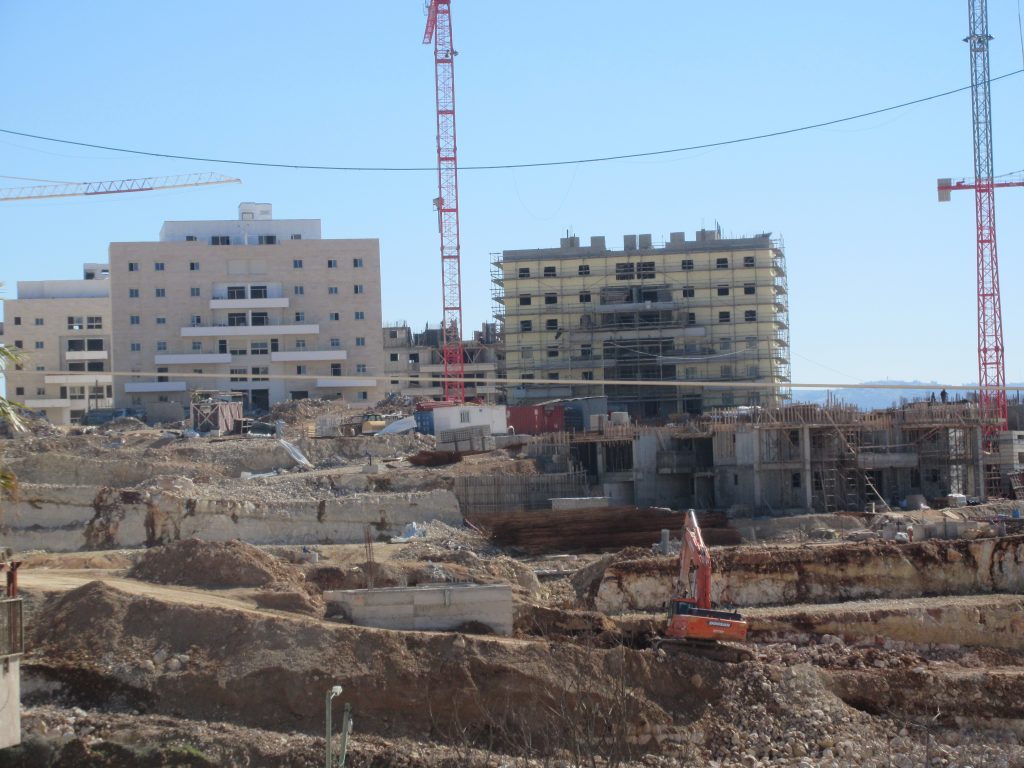 Tens of thousands of new homes are to be built in Western Shomron, under a new plan approved by Prime Minister Binyamin Netanyahu, Housing Minister Yoav Galant said Wednesday. The plan was presented on Tuesday by settlement leaders at a special Knesset session specifically discussing settlement in Yehudah and Shomron, attended by PM Netanyahu.

Under the plan, nearly 70,000 homes would be built on the mountain ridges of Western Shomron, within an area that is partially within settlement blocs. The entire area is part of Area C, which means that Arab building is limited, and most of the currently empty land in the region is listed as state land. Much of the area is indeed empty, and aside for Kalykilya, which is part of Area C, the area where the homes would be built – roughly between Kiryat Sefer and Karnei Shomron, extending to about 15 kilometers beyond the Green Line – has more Jewish than Arab residents.

Speaking on Israel Radio, Galant said that the building program was absolutely necessary in order to relieve pressure on real estate prices in the Tel Aviv area. The new project – which Galant called “East Gush Dan” – is based on the success of settlements close to the Green Line, such as Alfei Menashe (outside Kfar Sava) and Oranit (near Petach Tikvah) that have successfully attracted homebuyers from the Tel Aviv area. The project would provide new homes for some 340,000 people, Galant said.

Although the permit process could  take several years, and it might be at least half a decade before construction begins, Galant is optimistic that the project will come to fruition. “It is very clear to everyone that settlements are not the problem,” he said. “Our dispute with the Palestinians is over sovereignty, not over land.” The large majority of Palestinians live further east, so there is no reason Jews cannot live in these areas.

Speaking at the Knesset event Tuesday, PM Netanyahu said that he was very much in favor of further building in Yehudah and Shomron. “I detailed my plan previously,” he said. “First we build up the existing settlements, then we build outwards, as families expand and new residents come in. This was a decision of the Cabinet that was made unanimously. If we act wisely together, we can bring new development to Yehudah and Shomron, without damaging the settlement enterprise. If we look at recent political history, we have always succeeded when we worked together.”