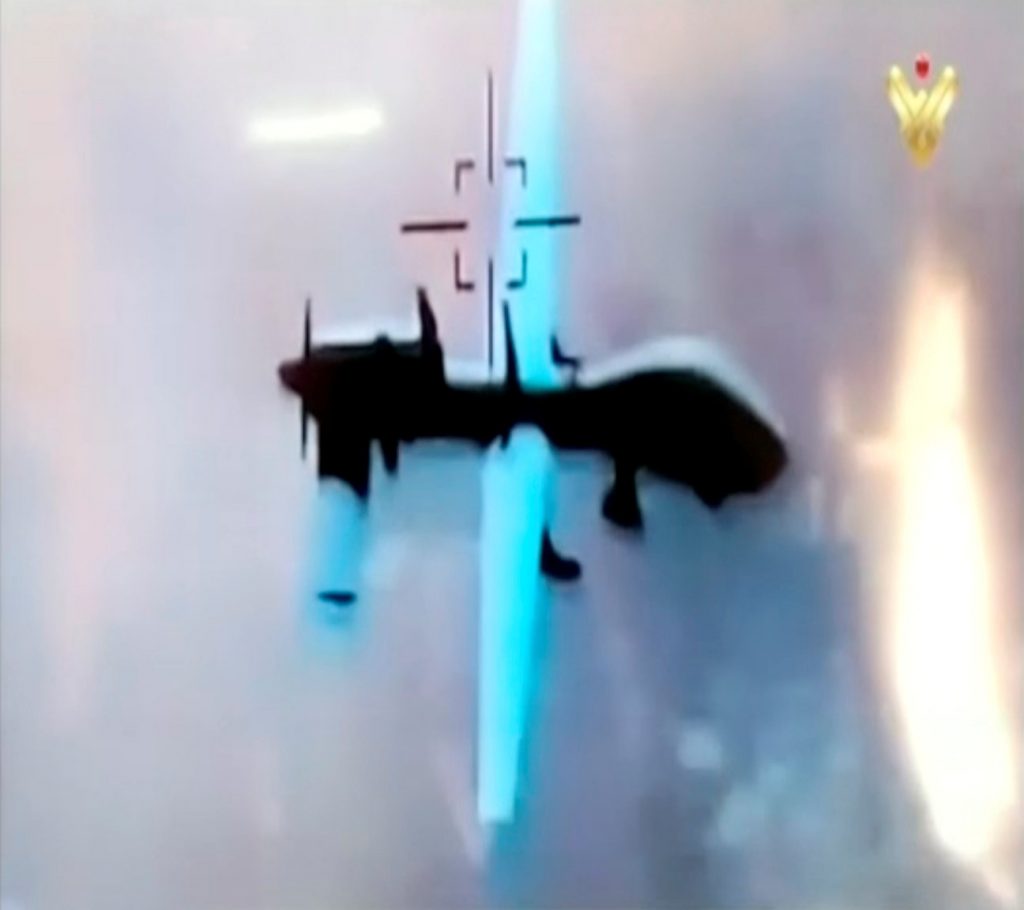 The Syrian government’s allies will strike at American positions inside Syria if it crosses any “red lines,” Hezbollah warned on Wednesday.

The Lebanese terrorist group, a close ally of the Syrian government, issued the threat via its military media arm – one day after American forces bombed pro-government forces in eastern Syria.

The Pentagon said Tuesday the pro-government forces were infringing on a “de-confliction” zone established to protect U.S.-backed local opposition forces, who are engaged in fighting the Islamic State terrorist group.

On its TV station al-Manar, Hezbollah broadcast footage it said was of an Iranian drone tailing an American one over eastern Syria. It said the video was proof the Syrian government’s backers could strike American units at will.

Iran is a key backer of Hezbollah and the Syrian government, and is deeply involved in the Syrian civil war.

Also Wednesday, a U.S. official said the fight for Raqqa, the Islamic State terrorist group’s de facto capital, will “only accelerate” as the terrorists lose their grip on Iraq’s Mosul.

Brett McGurk, the U.S. envoy for the global coalition against IS, said the U.S. and its local allies, the Kurdish-led Syrian Democratic Forces, were prepared for a protracted fight for the northern Syrian city. He spoke at a press conference in Baghdad.

The jihadist group is locked in twin battles for its key strongholds, Raqqa and Mosul. The SDF launched its attack on Raqqa on Tuesday and have already captured a neighborhood on the city’s eastern end. Iraqi forces have been battling IS in Mosul since October.

McGurk said the fight for Raqqa will be a “difficult and very long-term battle.”