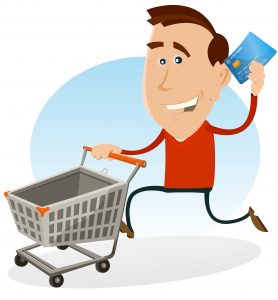 American consumers increased their borrowing at the slowest pace in April than they have in almost six years. Credit-card spending growth slowed, while borrowing gains for school and autos also cooled.

The Federal Reserve reports that total consumer borrowing rose $8.2 billion, or 2.6 percent, to $3.8 trillion. It was the smallest percentage increase since borrowing declined 3.5 percent in August 2011.

The category that includes student and auto loans increased $6.7 billion, or 2.9 percent — also the smallest increase in that category since August 2011.

Consumer borrowing is closely watched by economists to determine consumers’ willingness to take on more debt to support their spending. Consumer spending accounts for 70 percent of U.S. economic activity.

The Labor Department reported slightly sluggish job gains last week, but it was enough to nudge the unemployment rate down to 4.3 percent, its lowest level in 16 years.

The Federal Reserve Bank of New York reported last month that U.S. household debt had reached a record high in the first quarter of 2017, topping the previous peak reached in 2008, when the financial crisis plunged the economy into a deep recession.

Even with debt levels back to record heights, analysts say that household borrowing appears more sustainable now than it did nearly a decade ago. The nature of what Americans owe has changed since the Great Recession, with student and auto loans making up a larger proportion of household debt. Mortgages — the epicenter of the financial crisis — and credit-card debt remain below pre-recession levels. Also, interest rates are lower and lenders are much more focused on credit-worthy borrowers.

The Fed’s monthly consumer credit report does not cover home mortgages or other loans secured by real estate such as home equity loans.