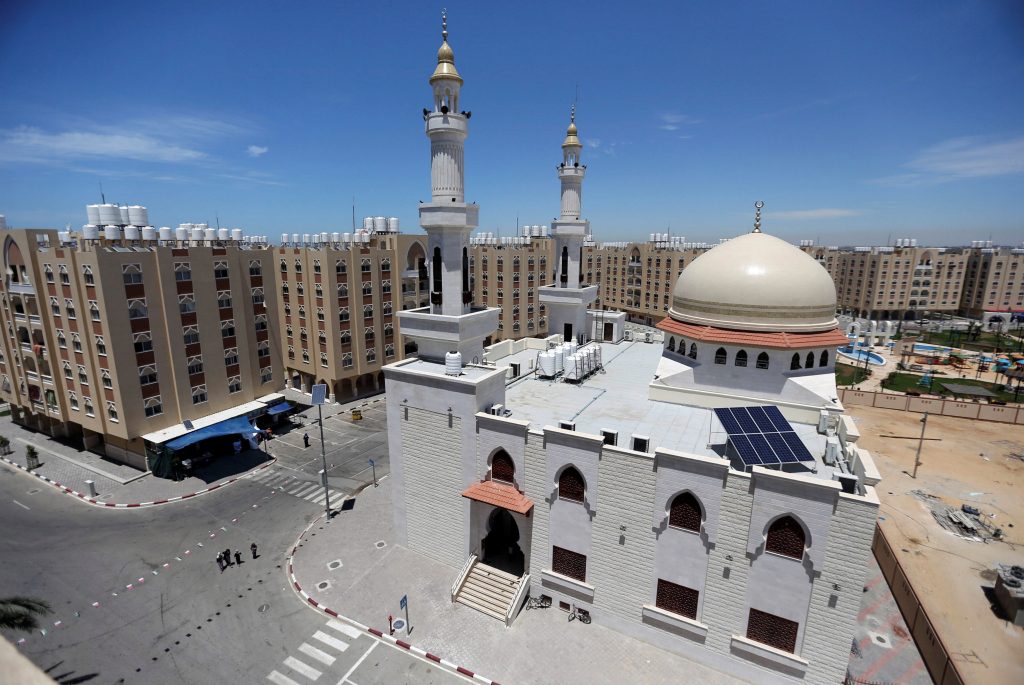 Moves by Saudi Arabia, Egypt and other Arab states to isolate Qatar may have serious repercussions for Hamas, which has long relied on the Gulf emirate for financial and political support.

A powerful Arab group including the United Arab Emirates and Bahrain severed diplomatic ties and imposed a blockade on Qatar on Monday over the natural-gas producer’s alleged support for Islamist terrorist groups and Iran.

Hamas officials are tight-lipped about the pressure being put on Qatar, not wishing to draw attention to their own dilemma posed by the worst crisis among Gulf Arab states for two decades. But Gaza-based analysts concede the situation is precarious.

One potential fallout is a sharp cut in Qatari funding for Hamas, especially if the emirate wants to show the Saudis and others that it takes seriously the charge that it finances terrorist groups tied to the Muslim Brotherhood, such as Hamas.

If financial aid is cut – Qatar has paid out or pledged $1.5 billion since 2012 to help build roads, houses, schools and clinics in impoverished Gaza – it will hurt Gaza’s two million people – and could have ramifications for Israel as well.

In the past, when Hamas has felt backed into a corner, it has led to conflict. Since 2007, when it seized control of Gaza from the rival Palestinian movement Fatah, Hamas’s armed wing has fought three wars with Israel.

“It will be difficult for Qatar to resume its financial support for Gaza now because of the assault against it,” said Adnan Abu Amer, an independent political analyst in Gaza. “The political support to the entire Palestinian cause is going to be affected, not only by Qatar, but in the Gulf in general, and that may leave the Palestinians alone in the face of Israel.”

Equally, he said, Hamas is unlikely to kick up a fuss openly, so as not to compound the pressure Qatar is under.

“Hamas feels it owes Qatar gratitude because of its political and financial support all these years,” he said.

In a sign that Hamas has been under pressure from Qatar to moderate its positions, the group unveiled a new policy document at an event in Doha last month, distancing itself from the Muslim Brotherhood.

Hamas officials would not directly address the threats they face, but were critical of Saudi Arabia for leading the squeeze on Qatar, and in particular about comments by Riyadh’s foreign minister calling on Qatar to sever relations with Hamas.

“We in Hamas urge the brothers in the kingdom of Saudi Arabia to stop these statements that hurt the kingdom and hurt its positions towards the cause of our people and their legitimate rights,” Hamas said in a statement.

As well as financial support, Qatar has long hosted exiled Hamas officials, including its former political chief, Khaled Meshaal. Meshaal was recently succeeded by Ismail Haniyeh, who remains in Gaza but is expected to move to Qatar’s capital Doha. Qatar is now reportedly in the process of expelling a number of Hamas officials.

In a sign that Hamas is rapidly reassessing what the regional shifts mean, its new leader in Gaza, Yahya Sinwar, is currently in Egypt for meetings. Egypt wants Hamas to cut ties with the Muslim Brotherhood, which Cairo considers a terrorist group, and adopt a more pragmatic regional stance.

It is not clear what message Sinwar has taken to Cairo, but analysts believe the aim is to try to keep Egypt on their side and show Hamas can be a partner. The question is whether it can work, and whether Hamas can afford to cold-shoulder Qatar.

“Things are foggy for Hamas now,” said Ashraf Abouelhoul, a writer and analyst for Egypt’s Al-Ahram newspaper. “The fate of Hamas’s leadership in Qatar is also in question. Will they leave Qatar? Where can they go? The Saudi position is very clear: Hamas and the Muslim Brotherhood must leave Qatar.”

Abouelhoul said he believed Hamas needed to distance itself from Qatar, and withdraw its officials from Doha, if it wanted to retain the support of other Gulf states.

“If Hamas hesitates or acts too late or chooses the Iranian-Qatari camp, it will face difficulties on all fronts,” he said. “Hamas maybe the biggest loser of what is happening with Qatar.”