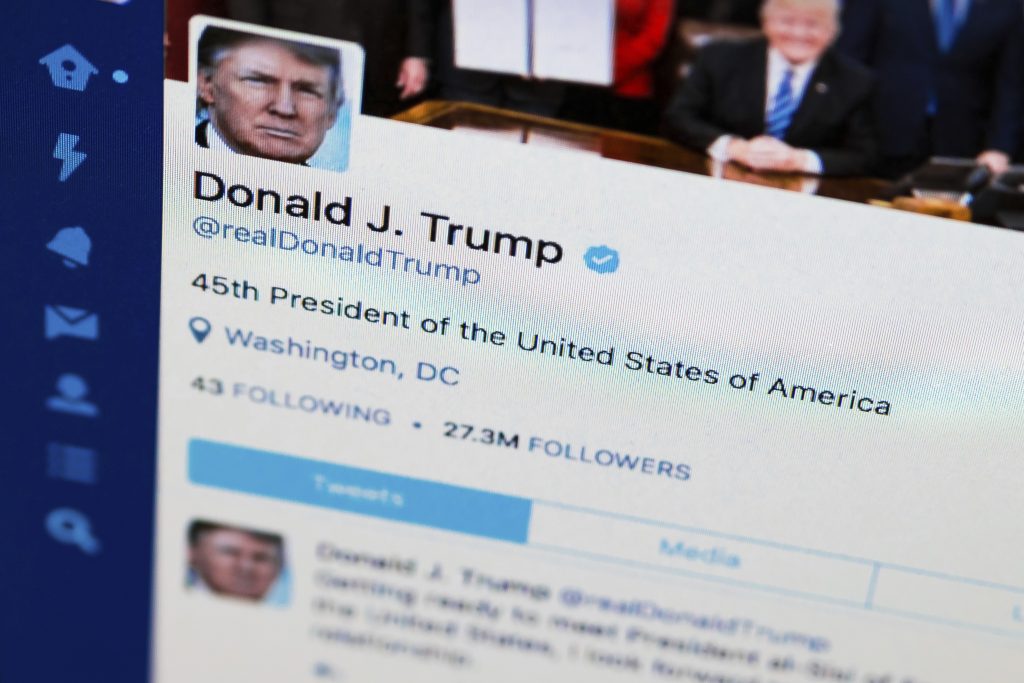 President Donald Trump may be the nation’s tweeter-in-chief, but some Twitter users say he’s violating the First Amendment by blocking people from his feed after they posted scornful comments.

Lawyers for two Twitter users sent the White House a letter Tuesday demanding they be un-blocked from the Republican president’s @realDonaldTrump account.

The Knight First Amendment Institute at Columbia University in New York wrote the letter on behalf of the blocked tweeters.

Although Mr. Trump started @realDonaldTrump as a private citizen, the institute’s lawyers argue he’s made it a government-designated public forum by using it to discuss policies and engage with citizens. They say it’s unconstitutional to exclude people from such a forum based on their views.