National Tillerson: President Trump’s ‘Been Clear to Me’ to Try to Rebuild Russia Ties
National 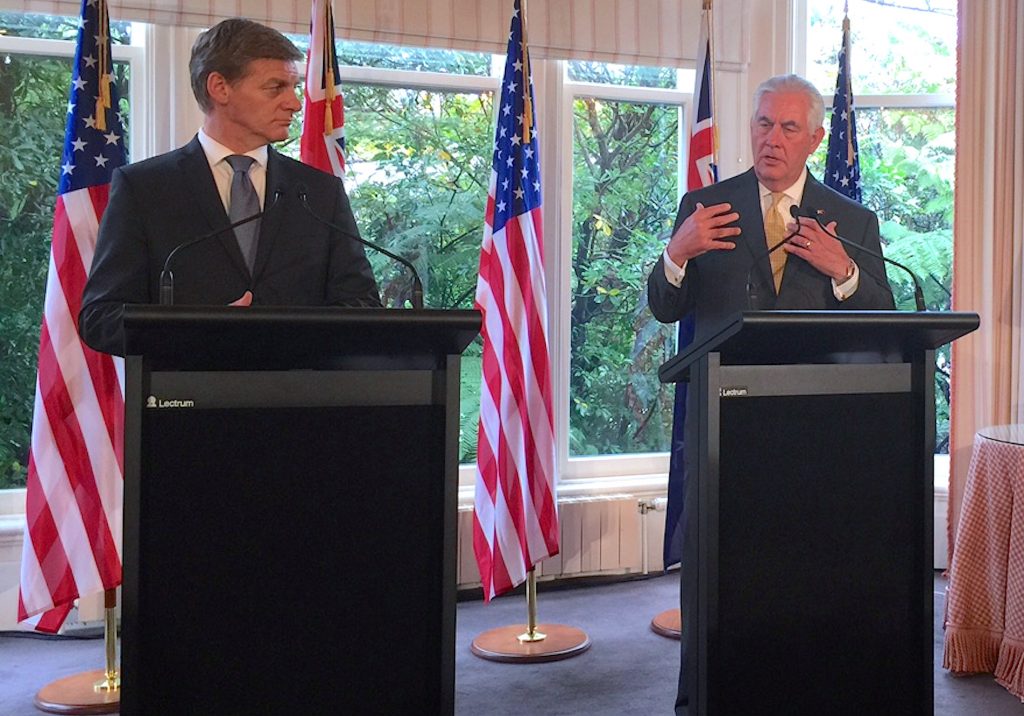 President Donald Trump told his top diplomat that the dispute over probes into links between his inner circle and Russia should not undermine U.S. efforts to rebuild relations with Moscow, Secretary of State Rex Tillerson said on Tuesday.

Speaking in New Zealand after a trip to Australia, Tillerson reiterated the U.S. commitment to the Asia-Pacific region as global leaders have expressed growing mistrust over the Trump administration, which has withdrawn from key international agreements since taking office.

At home, Trump’s administration has been plagued by questions over links to the Russian government. Tillerson said Trump told him to try to improve ties with Russia regardless of the U.S. political backdrop.

“I can’t really comment on any of that because I don’t have any direct knowledge,” Tillerson told a news conference in Wellington, when asked how worried he was that the U.S. political crisis could take down the Trump administration.

“The president’s been clear to me: do not let what’s happened over here in the political realm prevent you from the work that you need to do on this relationship and he’s been quite clear with me … that we might make progress. I’m really not involved in any of these other issues,” he said after a meeting with New Zealand Prime Minister Bill English.

U.S. intelligence agencies concluded in January that Moscow tried to tilt the election campaign in Trump’s favour, including by hacking into the emails of senior Democrats, a charge the Kremlin denies.

Trump has denied any collusion but the FBI and congressional probes into the Russia matter have dogged the early months of his presidency.

Tillerson said the Asia-Pacific region remained “extremely important” for the United States both in terms of national security and economic interests.

The Trump administration has come under fire for withdrawing from the Trans-Pacific Partnership trade deal and more recently the Paris Climate accord – both key to the region and to the small island nation of New Zealand.

His visit was met by protesters, who were protesting against the U.S. withdrawal from the Paris agreement and urging English to take a tougher stance, according to media.

“We do believe that engaging globally remains important and we will be seeking ways to remain engaged and there are many ways we can do that, through the U.N. intergovernmental panel on climate change as well as economic and trade forums that we will obviously be very active in as well,” he said.

The visit also comes at a time when China, one of New Zealand’s top trading and diplomatic partners, is projecting itself as the leader of free trade particularly in the Asia-Pacific region.