The Smoking Scourge Is Making a Comeback 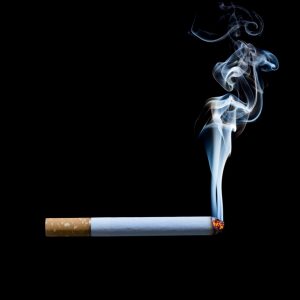 Once upon a time, before Egged bus drivers began wearing ties, no one in Israel had heard of secondary smoke. Back then, restaurants, buses, offices and banks were hazardous to your health because smokers’ rights took precedence over the rights of innocent bystanders to breathe carcinogen-free air.

Teenagers who managed to make it through high school addiction-free, would fall during their army years. In the religious world as well, boys left home and picked up the costly and deadly habit in yeshivah.

Over the years, tremendous progress was made. Not only was there no smoking on buses, but there was no smoking anywhere in central bus stations. Workers who wanted to indulge had to leave the office and find a space outside or an isolated smoker’s room. The cloud that once hung over many a beis medrash dissipated.

Things got so good that Israel was regarded as a world leader in the fight against smoking.

But something’s happened. According to a health expert quoted by the respected business daily Globes, Israel is sliding backwards in this matter of pikuach nefesh. “Israel was formerly a leader in legislation on smoking, and we are now lagging behind,” said Israel Cancer Association director general Miri Ziv. “After decades of falling smoking rates, when the target was a rate lower than 10 percent, we have gone back up to over 20 percent smokers.”

A recently released Health Ministry report shows that in 2016 nearly a third of Israeli men — 30.9 percent — smoked, compared to the European Union average of 25.6 percent. Some 8,000 people a year died from complications related to smoking. Such a figure is incomprehensible for a country that cherishes life, that correctly bemoans the 400 who die in traffic accidents each year and the dozens who are felled in terror attacks, Hy”d.

Death and disease related to smoking is not a decree from Shamayim. It doesn’t require a massive security apparatus to stop “lone wolf” terrorists who wake up one morning and decide to stab Jews. It is possible to control, but it requires education and legislation.

Smokers are at greater risk for diseases that affect the heart and blood vessels. Smoking is responsible for people losing their toes due to poor circulation.

For years, cigarette manufacturers got away with masking the dangers, with portraying smoking as “cool,” something that the “in” crowd, the winners, engaged in. The packaging was alluring and the warning signs were small enough, and innocuous enough, to be ignored.

More and more countries are banning advertising of cigarettes and requiring that packaging either be uniform and dominated by health warnings or covered with graphic pictures showing the dire health consequences of smoking. Black tar-filled lungs, tumors, and diseased rotting teeth are a fixture on cigarette packets in some countries.

Canada implemented such a policy in 2001 and saw smoking rates drop by between 12 and 20 percent from 2000 to 2009. The World Health Organization agrees that pictures “significantly enhance the effectiveness” of warning labels.

In Israel, despite the regression in the campaign to reduce smoking of recent years, there is good news when it comes to the youth. Smoking has declined: 8 percent of students report smoking at least one cigarette a week in 2016, compared with 15 percent in 2002. The proportion of smokers among IDF recruits in 2016 was 24.8 percent for men and 14.9 percent for women.

It’s time for the best minds in the Health, Education and Defense Ministries to get together and draft a comprehensive plan to battle the problem and restore Israel’s position as a world leader in fighting the scourge of cigarette smoking.

The Finance Ministry should also get involved, considering that the direct and indirect cost of smoking in medical treatment amounts to about NIS 1.7 billion a year. Another NIS 1.9 billion annually is lost in lowered productivity due to days off from work because of smoking-related illness.

While economics is obviously a secondary concern, for some it is what prompts action to take the problem seriously.

In the final analysis, it is the job of educators to help young people understand that their lives are too precious to waste. Nowhere is this more true than in the yeshivah world, especially in Israel, which has a responsibility to young people coming from all over the world and to their parents who trust that their children will return home with an “addiction” to Torah learning and proper middos — not to hazardous substances that can ruin their lives.