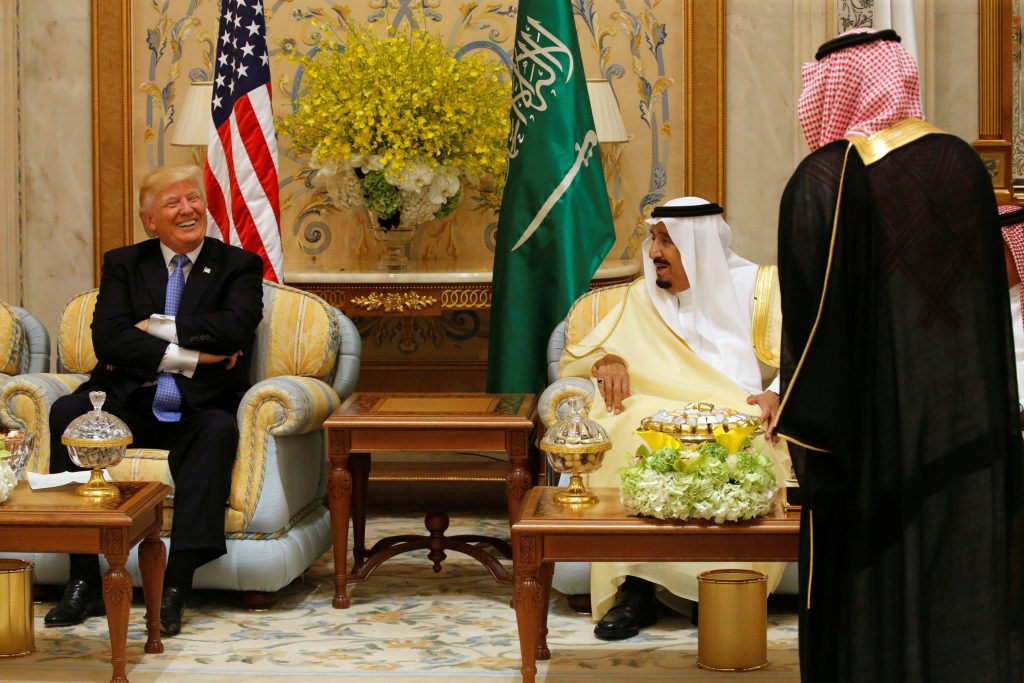 President Donald Trump said on Tuesday that leaders he met on a Middle East trip had warned him that Qatar was funding “radical ideology” after he had demanded they take action to stop financing terrorist groups.

The comments on Twitter – President Trump’s first about the rift between Qatar and major Arab nations over alleged support of Iran and Islamist groups – came as the leader of Kuwait was to meet in Saudi Arabia to try to mediate the dispute.

Qatar vehemently denies the accusations against it, calling them baseless.

Saudi Arabia, Egypt, the United Arab Emirates and Bahrain severed relations with Qatar and closed their airspace to commercial flights on Monday, in the worst split between powerful Arab states in decades.

“During my recent trip to the Middle East I stated that there can no longer be funding of Radical Ideology. Leaders pointed to Qatar – look!” President Trump tweeted.

President Trump noted that his trip to the Middle East was “already paying off” as regional leaders followed through on their promise to take a hard line on funding terror groups.

“So good to see the Saudi Arabia visit with the King and 50 countries already paying off. They said they would take a hard line on funding extremism, and all reference was pointing to Qatar. Perhaps this will be the beginning of the end to the horror of terrorism!” Trump wrote.

The comments lent credence to a view held by some analysts that President Trump in his Middle East trip emboldened the Arab nations to take action even though Qatar is a U.S. ally and hosts a U.S. military base.

The split among the Sunni states erupted last month after President Trump attended a summit of Muslim leaders in Saudi Arabia where he denounced Shiite Iran’s “destablizing interventions” in Arab lands, where Tehran is locked in a tussle with Riyadh for influence.

In a sign of the potential consequences for the Qatari economy, a number of banks in the region began stepping back from business dealings with Qatar. Saudi Arabia’s central bank advised banks in the kingdom not to trade with Qatari banks in Qatari riyals, sources said.

Oil prices also fell on concern that the rift would undermine efforts by OPEC to tighten production.

Qatar and the other Arab states fell out over Doha’s alleged support for Islamist militants and Shi’ite Iran.

Qatar has for years parlayed its enormous gas wealth and media influence into a broad influence in the region. But Gulf Arab neighbors and Egypt have long been irked by its maverick stances and support for the Muslim Brotherhood, which they regard as a political enemy.