Israel Kfar Kassem Officer Who Shot Rioter: ‘It Was a Pogrom’
Israel 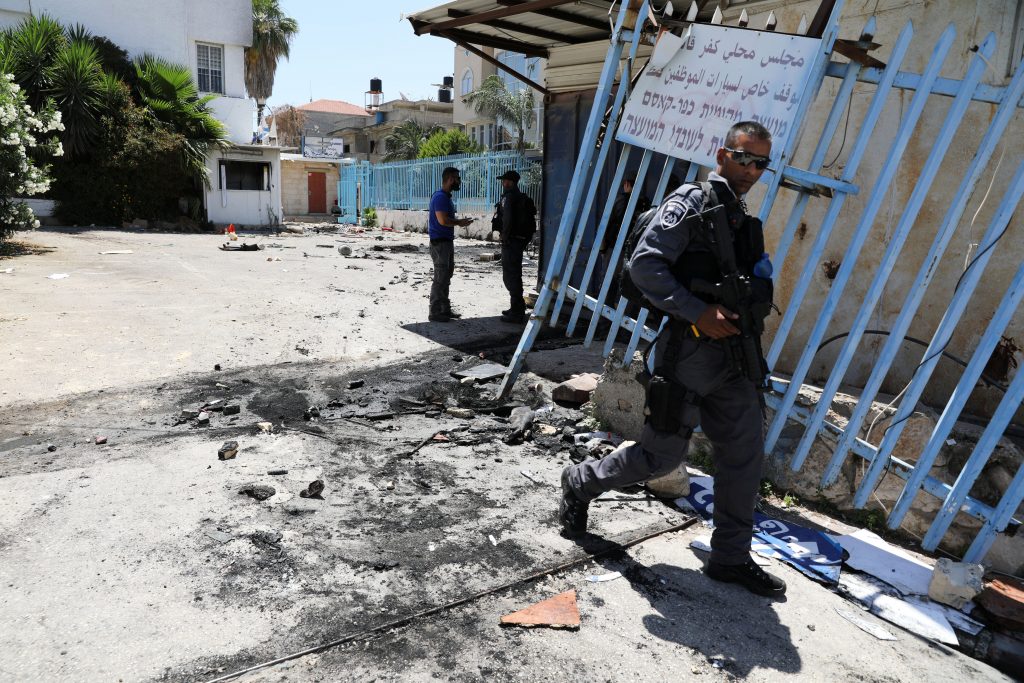 Taha was shot Monday night in the course of a riot that involved hundreds of Kfar Kassem residents, who rioted after police attempted to arrest a local resident who was stopped for a license check. It turned out that the person they detained was wanted by police. Dozens of young people — some of them wearing caps that covered their faces — converged on police, throwing stones and rocks, and setting fire to police vehicles. The mob then moved to the Kfar Kassem police station, and attempted to get into the building, presumably to trash it or burn it down.

It was at that point that the guard opened fire on the crowd, hitting Taha and wounding him seriously. Taha was taken to a hospital in Petach Tikvah, where he died of his wounds. Arab MKs and community leaders accused police, and especially the officer, of “cold-blooded murder.” Speaking to Yediot Acharonot, Kfar Kassem Mayor Adel Badir said that the incident had caused a “major crisis of trust,” and recommended that police stay out of the city altogether until “things calm down and justice is served.”

The father of Taha, Mahmoud, said in a series of interviews that “police aimed to kill, not to scare off the rioters,” and that his son “is a victim of police hatred.” While stopping short of calling the incident “murder,” Arab MK Ayman Odeh said that “police treat Arabs like the enemy, while MK Issawi Frej slammed police for “shooting an innocent boy.”

Innocent or otherwise, however, Taha was part of the mob that was trying to burn down the police station. The NRG news site quoted from a statement released by police that featured the civilian guard’s comments during the inquiry, in which he said that he had no doubt the mob would have achieved its goal had he not opened fire. “It was a pogrom, and I felt like we were going to be killed. I acted according to the proper procedures for opening fire,” he told police.

Speaking to reporters, the officer’s attorney said that his client was a decorated IDF officer, “a very serious young man who was stuck in a very difficult situation and felt that his life was in danger.”

NRG quoted a senior police officer as saying that “there was a major riot outside the station, and there were just a few people inside. Their lives were certainly in danger. The rioters tried to burn the station down, and if we had not gotten there with backup in time, there is no question that the rioters would have set fire to the building, with the officers inside.”