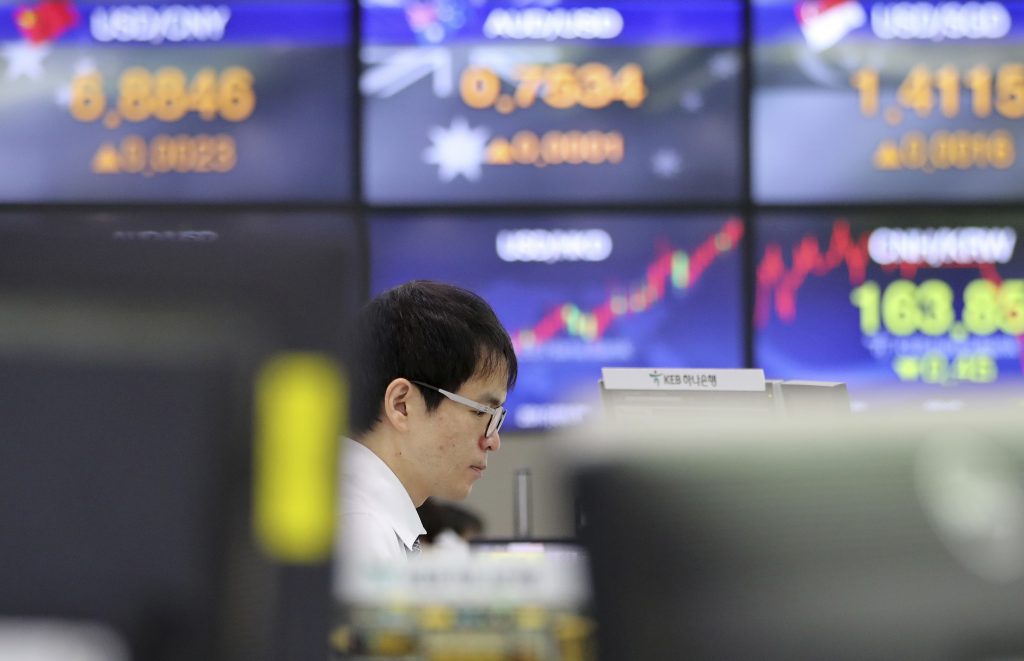 Escalating tensions in the Middle East and the coming testimony of the former FBI director, British elections and a European Central Bank meeting all took their toll on oil, the dollar and Asian stocks on Tuesday.

European stocks were headed for a subdued start, with financial spreadbetter CMC Markets expecting Britain’s FTSE 100 and France’s CAC 40 to open flat. Germany’s DAX is predicted to start the day down 0.1 percent.

Oil fell back following a brief recovery after Saudi Arabia and several other Arab states severed ties with Qatar, accusing it of supporting extremism and undermining regional stability.

“A potential risk to monitor might be that Qatar will view this as being provided with less encouragement to comply with the agreed (OPEC) production quota,” said Jameel Ahmad of futures brokerage FXTM.

Stocks in Qatar plunged more than 8 percent overnight to their lowest since January 2016.

The dollar index touched a seven-month low ahead of testimony before the U.S. Congress from former FBI director James Comey on Thursday.

There will be intense interest in what Comey might say about his conversations with U.S. President Donald Trump about an investigation into former National Security Advisor Mike Flynn, who was fired for failing to disclose conversations with Russian officials.

The dollar index, which tracks the greenback against a basket of trade-weighted peers, fell to its lowest level since the U.S. election.

The dollar slid 0.5 percent to 109.90 yen on Tuesday, close to the six-week low hit earlier in the session.

News on Monday of U.S. services sector activity slowing in May as new orders tumbled also hit the dollar.

The dollar further came under pressure from a stronger euro, on expectations the European Central Bank will take a less dovish tone than in the past at its Thursday meeting.

The ECB may even discuss dropping some of its pledges to ramp up stimulus if needed, four people with direct knowledge of the discussions told Reuters last week.

The lead of British Prime Minister Theresa May over the opposition Labour Party ahead of Thursday’s general election has narrowed to just 1 percentage point, according to a poll conducted before the attacks in London on Saturday.

Other polls in recent days have found bigger leads for the Conservatives of up to 11 and 12 points.

“Even if May does just about enough to increase the majority – that could still potentially be sterling positive,” said ING currency strategist Viraj Patel.

The weaker dollar lifted gold, with spot gold hitting a six-week high earlier on Tuesday and last trading up 0.4 percent at $1,284.74 an ounce.

MSCI’s broadest index of Asia-Pacific shares outside Japan lost 0.15 percent, pulling back from a two-year high hit on Monday.

South Korean markets were closed for a holiday.

The Australian dollar pared earlier losses – made after the second-quarter current account deficit disappointed investors hoping for a surplus – to trade flat at $0.7489 after the Reserve Bank of Australia kept its benchmark rate at a record low 1.5 percent, as expected.