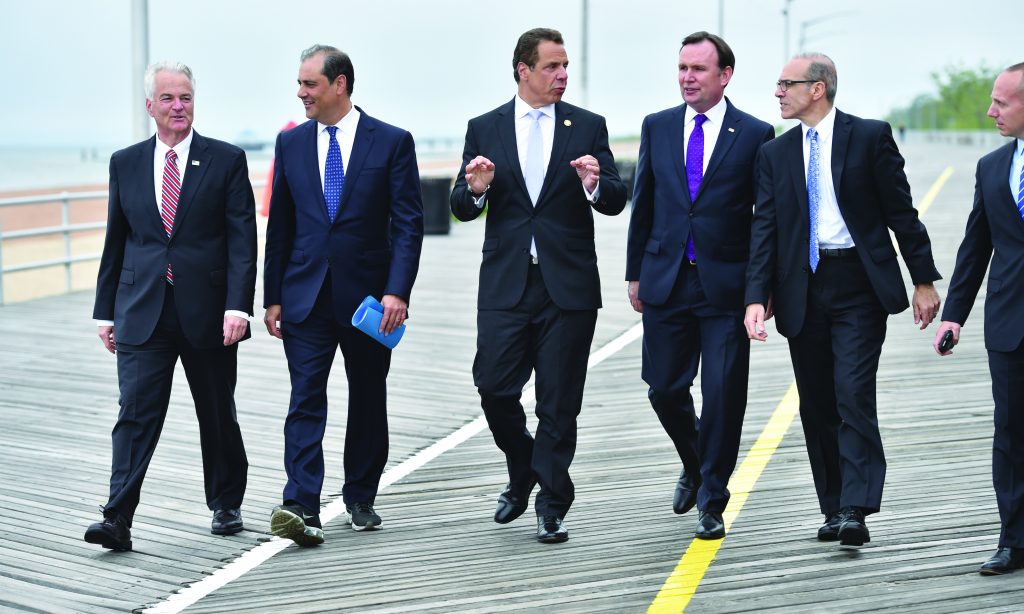 Mr. Cuomo said the coastal resiliency project will also include biking and walking pathways. The seven-mile long seawall promenade will be built up to 20 feet above sea level and will stretch from Fort Wadsworth to Oakwood.

The state will hold a series of forums to allow community input on the final design, which is expected to be complete by the winter of 2018.