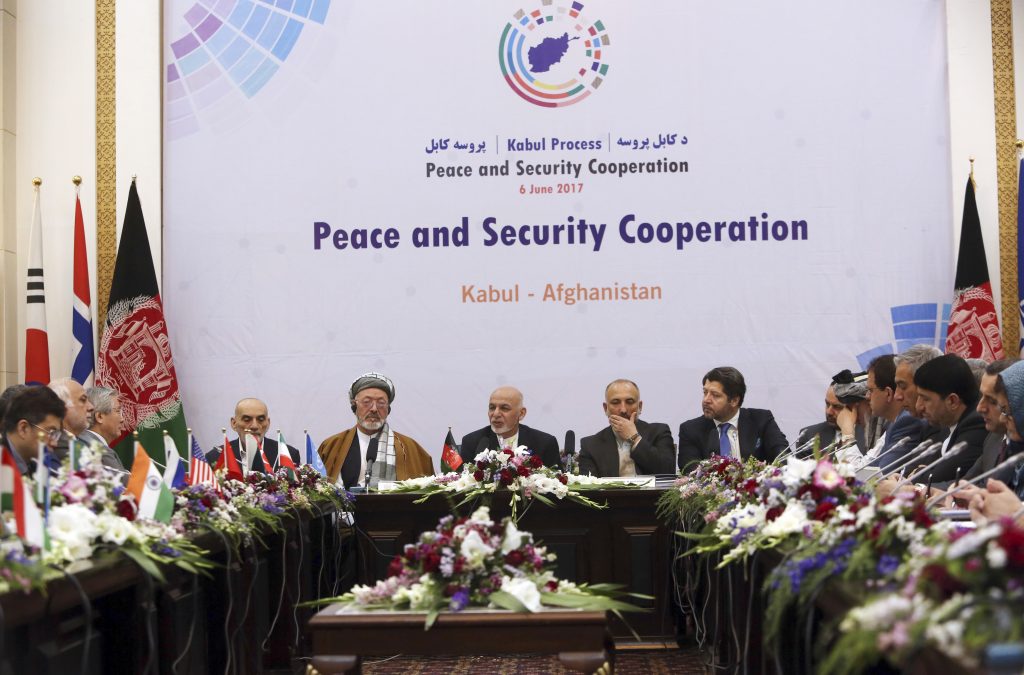 Afghanistan’s president said Tuesday that last week’s suicide truck bombing in the heart of the capital killed more than 150 people, making it the deadliest single attack in the country since the 2001 U.S.-led invasion to topple the Taliban.

The attack added to growing concerns about whether Afghan forces can defeat the Taliban or an increasingly destructive Islamic State affiliate without further aid from U.S. and international forces, which formally concluded their combat mission at the end of 2014, switching to a support and counterterrorism role.

No one immediately claimed the bombing, but Afghanistan has alleged Pakistani involvement, accusations denied by Islamabad.

President Ashraf Ghani spoke at the opening of the so-called Kabul Process, a gathering of 23 nations, the EU, U.N. and NATO to discuss security and political issues in the country. He again invited the Taliban to peace talks, calling it their “last chance” to give up their 16-year insurgency and join the political process.

“If Taliban wants to join peace talks, the Afghan government will allow them to open an office, but this is their last chance,” Ghani said.

The Taliban have steadily expanded their reach over the last two years, seizing control of several districts in different parts of the country. Past attempts at peace talks have failed. The Taliban have refused to negotiate with the government until all foreign forces leave, and still refer to themselves as a government in exile, angering authorities in Kabul.

The U.S.-backed government is also struggling to combat an IS affiliate that has carried out a series of major attacks. Ghani said that over the past two years as many as 11,000 foreign fighters have joined the group.

Ghani also renewed his criticism of neighboring Pakistan, saying it was waging an “undeclared war of aggression” against his country. The two countries have long accused each other of turning a blind eye to militants operating along their porous border, and their forces exchanged fire over a border dispute last month.

Afghan security forces say they are still investigating, but that the explosives used appear to have originated in Pakistan.

Pakistan’s Foreign Affairs Adviser Sartaj Aziz rejected the allegations, which he said were part of a “malicious agenda” to damage relations between the two countries.