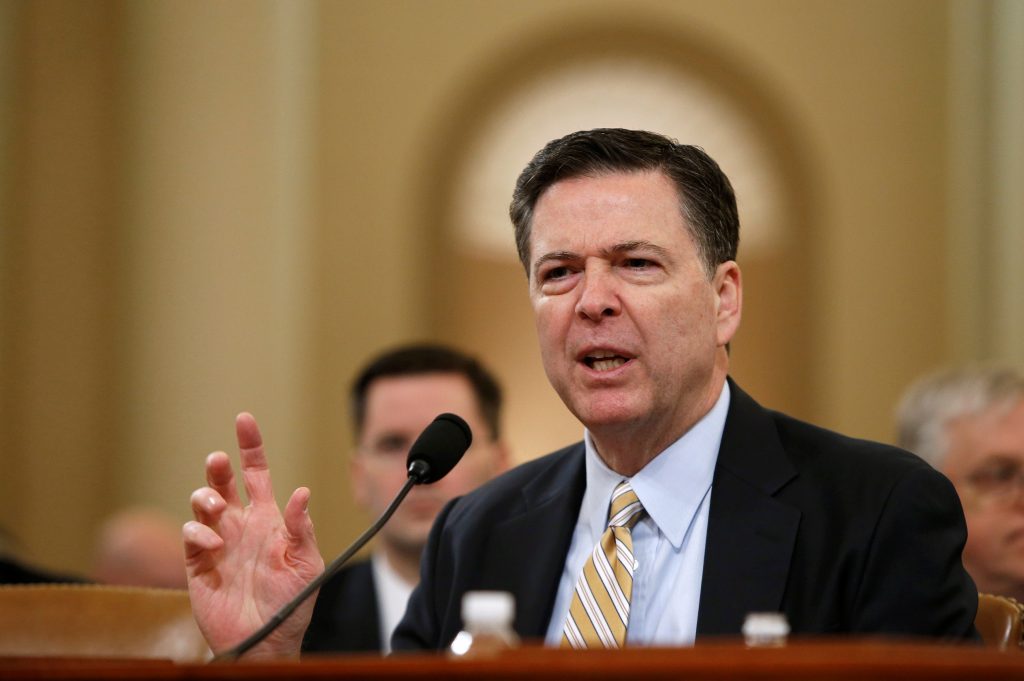 Comey was leading a Federal Bureau of Investigation probe into alleged Russian meddling in last year’s U.S. presidential election and possible collusion by Mr. Trump’s campaign when the president fired him last month.

Comey is scheduled to testify before the Senate Intelligence Committee as part of the committee’s Russia-related investigation. It will be his first public appearance since his firing.