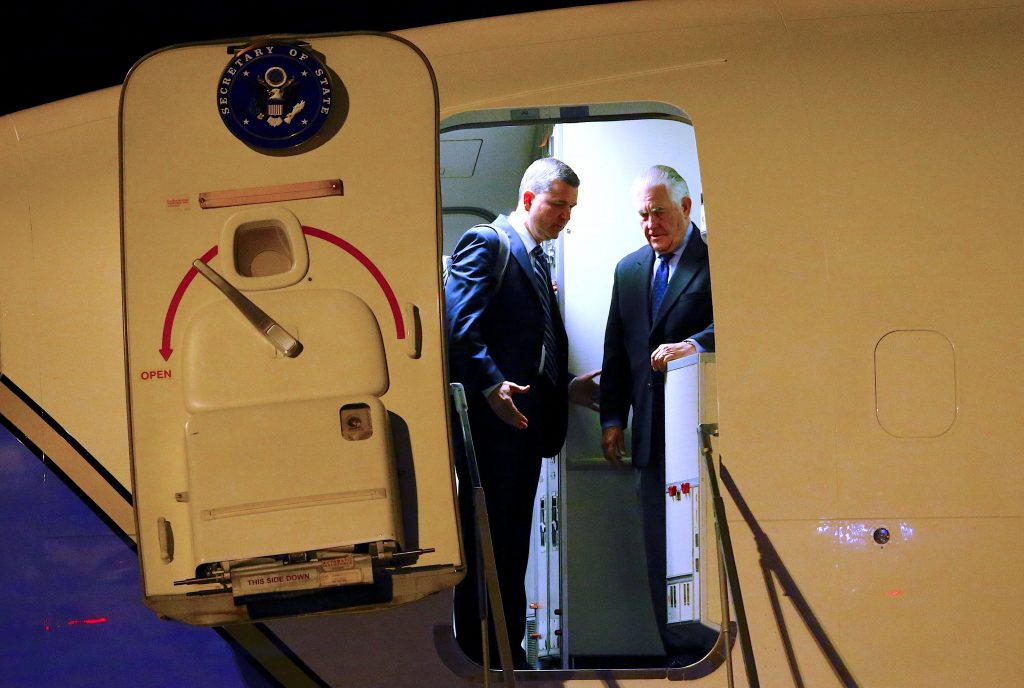 U.S. Secretary of State Rex Tillerson said on Monday China should do more on the issue of North Korea, which has stepped up its nuclear and missile programs in defiance of U.S. pressure and United Nations resolutions.

North Korea has become a security priority for Washington since Pyongyang vowed to accelerate its nuclear and missile programs and to develop a nuclear-tipped missile capable of hitting the U.S. mainland.

President Donald Trump’s administration has been pressing China aggressively to rein in its reclusive neighbor, warning all options are on the table if North Korea persists with its pursuit of such missiles.

“China and other regional partners should also step up their efforts to help solve this security situation, which threatens not just that region, but really presents a threat to the entire world,” Tillerson told reporters in Sydney after a meeting between the Australian and U.S. foreign and defense ministers.

“We desire productive relationships, but we cannot allow China to use its economic power to buy its way out of other problems, whether it’s militarizing islands in the South China Sea or failing to put appropriate pressure on North Korea,” he said.

China rejects the suggestion that the job of reining in North Korea rests with it alone.

Sec. Tillerson and U.S. Secretary of Defense Jim Mattis are making their first trip to Australia since President Trump took office in January. Australia is one of Washington’s staunchest allies and troops from the two nations have fought alongside each other in all major conflicts since World War I.

The visit also demonstrated Washington’s commitment to security in the South China Sea and the importance of freedom of navigation there, Sec. Tillerson said.

China earlier expressed strong dissatisfaction with what it labelled as “irresponsible remarks” Sec. Mattis made at a regional security summit about China’s construction and militarization of artificial islands in the South China Sea.