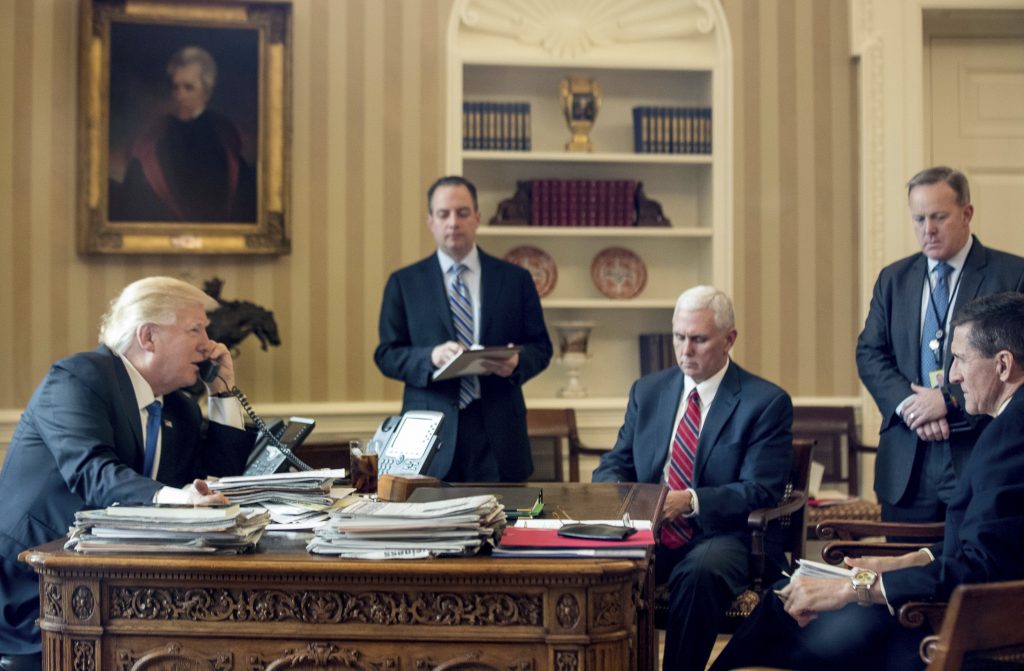 Russian President Vladimir Putin says claims about Russian involvement in U.S. elections are untrue, and says the United States actively interferes with elections in other countries.

And he is dismissing as “a load of nonsense” the idea that Russia has damaging information on President Donald Trump.

“I never met with him. We have a lot of Americans who visit us,” Putin said in an interview with NBC on Sunday. He added: “Do you think we’re gathering compromising information on all of them right now or something? Are you all — have you all lost your senses over there?”

U.S. intelligence agencies have concluded that Russia meddled in the presidential election to hurt the bid of Democrat Hillary Clinton. Trump himself has been dogged by questions about any business dealings with Russia — he says he has none — as well as reports of a Russian dossier of damaging personal information.

“Well, this is just another load of nonsense,” Putin said. “Where would we get this information from? Why, did we have some special relationship with him? We didn’t have any relationship at all.”

Putin again denied any Russian involvement in the U.S. presidential election and any knowledge of Russian contacts with the Trump campaign. A special counsel appointed by the Justice Department and congressional committees are investigating.

Former FBI Director James Comey, whom President Trump fired after allegedly asking him to drop an investigation into former national security adviser Michael Flynn and his Russian contacts, is scheduled to testify Thursday before the Senate’s intelligence committee.

In the NBC interview, Putin was asked about reports of Trump adviser and son-in-law Jared Kushner’s attempt to set up a secret communications channel with Russia. Putin said he knew nothing about it and that he had not discussed with Ambassador Sergey Kislyak any meeting with Kushner.

Putin suggested that skilled hackers anywhere, including the U.S., could shift the blame for hacking onto Russia. He also alleged that the U.S. actively interferes with electoral campaigns of other countries.

“Put your finger anywhere on a map of the world, and everywhere you will hear complaints that American officials are interfering in internal electoral processes,” he said.

As far as the findings of U.S. intelligence agencies, Putin said, “They have been misled.”

As the Senate prepared for Comey’s appearance, President Trump appeared unlikely to try to block him from testifying. The public hearing is expected to shed light on his private conversations with Trump in the weeks before his dismissal, including any discussion about the Flynn investigation.