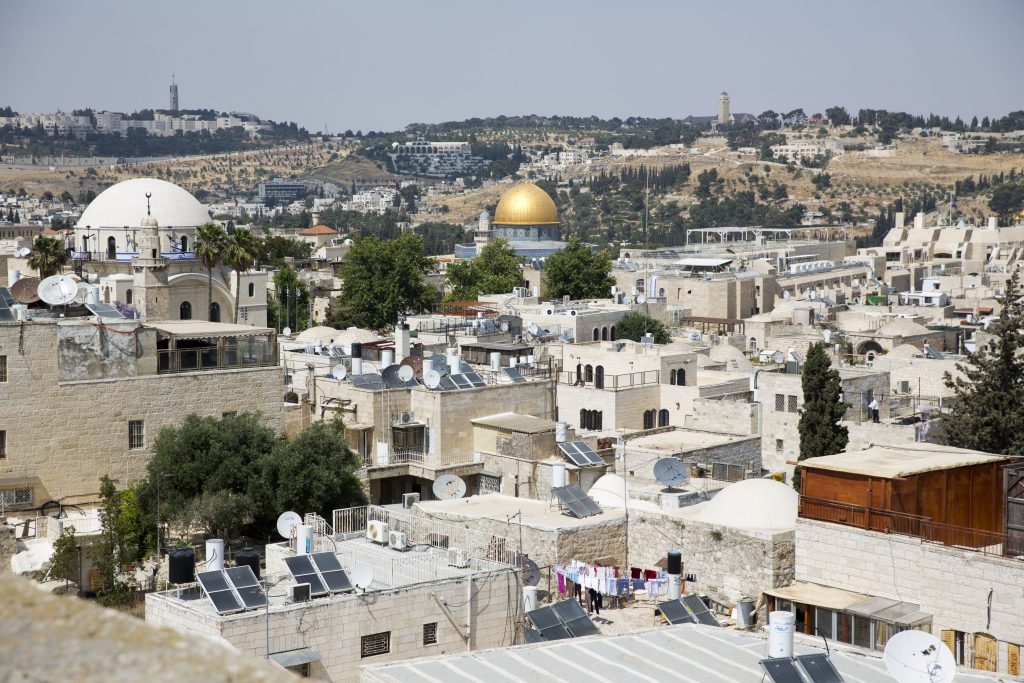 A decisive majority of Israelis — 67 percent — say they are opposed to ceding any part of the Old City of Yerushalayim in a peace agreement with the Palestinians, according to a new poll.

The poll, carried out by Maagar Mohot for the Israel Hayom newspaper, also found that 87 percent said they would not reconsider their position, even if it meant that there would be no solution to the conflict in the foreseeable future.

In a separate poll, the monthly Peace Index of the Israel Democracy Institute and Tel Aviv University said that 62 percent of Israelis do not consider holding on to territories in Yehudah and Shomron an “occupation.” 38 percent said they did.

Publication of the findings came on Monday, the same day that U.N. Secretary-General Antonio Guterres declared that the 50-year-long Israeli “occupation” has imposed a “heavy humanitarian and development burden on the Palestinian people” and “fueled recurring cycles of violence and retribution,” according to The Jerusalem Post.

Meanwhile, annexation of Yehudah and Shomron remains a far more acceptable option in Israel than in the international community, where the idea is universally condemned.

Asked if “the time has come for Israel to officially annex all the territories that were conquered in the 1967 war,” 44 percent said yes, while 45 percent said no.