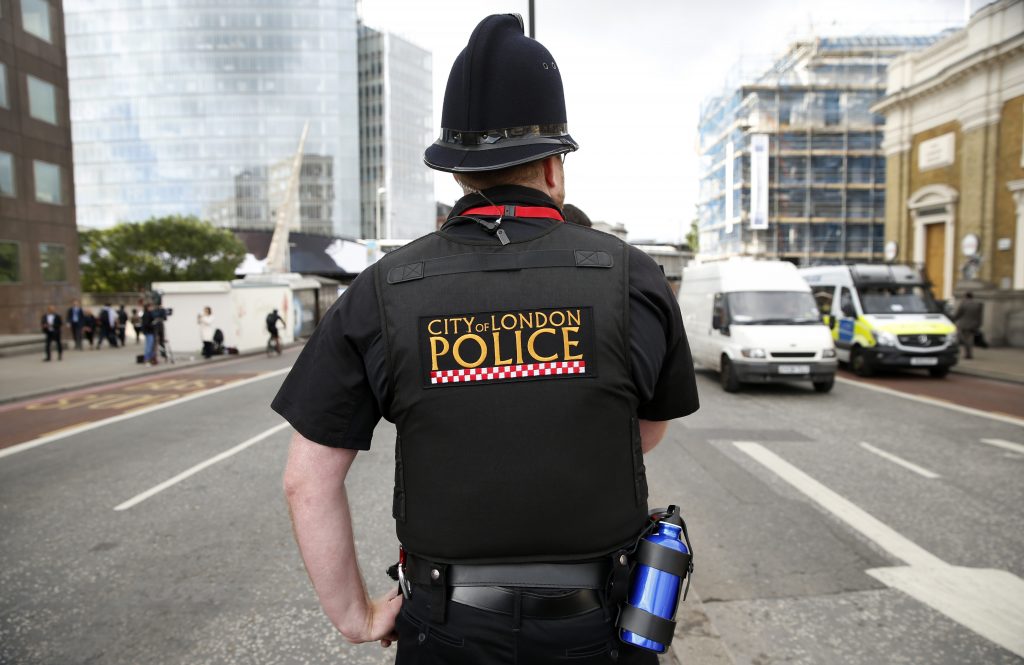 British counterterrorism investigators searched two homes Monday and detained “a number” of people in the investigation into a van and knife attack in the heart of London that left seven people dead.

Dozens were injured, many of them critically, in the attack that started on the London Bridge, when three terrorists swerved the vehicle into pedestrians, then, armed with knives, rampaged through Borough Market, slashing and stabbing anyone they could find.

The three terrorists, who wore fake suicide vests, were shot to death by police. The Islamic State terror group has claimed responsibility.

London’s police chief has said the attackers have been identified, but the names haven’t been released. At least 12 people were arrested Sunday, including five men and seven women ranging in age from 19 to 60.

Metropolitan Police Commissioner Cressida Dick said she wouldn’t release further details in what she described as a fast-moving investigation, including whether authorities were familiar with the men before the attack.

IS has claimed responsibility for three attacks in Britain since March, and Commissioner Dick described the recent wave of violence as “unprecedented in my working life.”

“We in this country have faced a terrorist threat throughout my life — it changed and morphed and we will change and adapt to what appears to be a new reality for us,” she said.

Prime Minister Theresa May warned that the country faced a new threat from copycat attacks.

The country’s major political parties temporarily suspended campaigning with only days to go before the general election. May said the vote would take place as scheduled Thursday because “violence can never be allowed to disrupt the democratic process.”

Most of the London Underground stations reopened Monday in the neighborhood where the attack took place, allowing life to resume after more than 24 hours of lockdown.