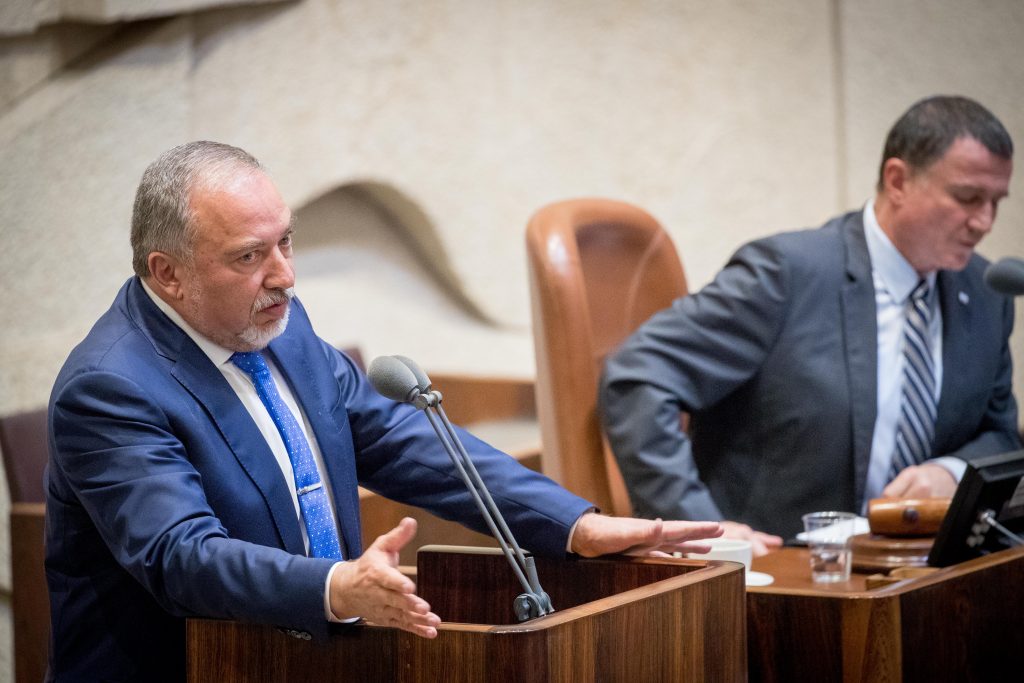 Defense Minister Avigdor Liberman told the Knesset on Monday that there will be no further easements in the flow of humanitarian aid to the Gaza Strip until Hamas furnishes evidence regarding the condition of Israeli civilians they are holding captive.

During a question session on Monday afternoon, Liberman said: “There are two soldiers and two civilians in Hamas captivity … Until we receive the elementary right that at least the Red Cross will visit the prisoners, there will be no change in the situation in Gaza.”

The defense minister was also scornful of human rights groups for making no effort to contact the Israelis being held by Hamas, or of helping to secure the return of the bodies of two Israeli soldiers in their hands since 2014.

He also noted the international silence over the execution recently of three Gazans, saying, “I didn’t hear a single condemnation.”

Regarding the current Qatari crisis, Liberman said it represents a shift in Arab perceptions:

“It is clear to everyone, even in the Arab countries, that the danger is not Zionism but terrorism. What [President] Trump is promoting is a coalition against terrorism, and the state of Israel is more open to cooperation – the ball on the other side.”

He also expressed the view that alliances could be forged with the moderate Arab states and that peace with the Palestinians would be no impediment.

“The fact is that we made peace with Egypt and Jordan – and this was not conditional on peace with the Palestinians,” Liberman said in a question from Zionist Camp MK Yossi Yona.