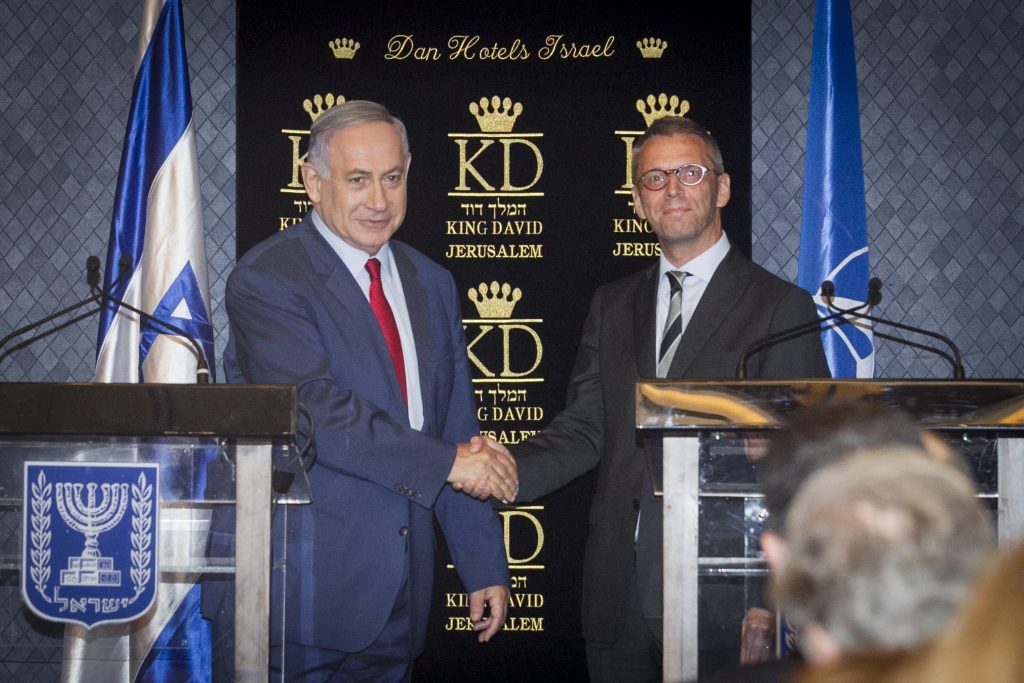 Denmark has suspended its humanitarian aid to Palestinian and pro-Palestinian organizations pending an investigation to determine that the money is not being used to support terrorist activities.

The decision to put a stop on $8 million in donor funding came after Norway pulled funding from the Women’s Affairs Technical Committee (WATC), a Palestinian NGO which named a youth center after Palestinian terrorist Dalal Mughrabi. Mughrabi was part of a squad of terrorists who murdered 38 people in a bus hijacking near Tel Aviv in 1978.

Denmark has demanded the WATC return $500,000 in donations. Last Friday, Jesper Vahr, Denmark’s Ambassador to Israel, tweeted that his country “demands money back.”

Denmark’s decision to suspend all donations to the Palestinian NGO’s follows a conversation with Israeli Prime Minister Binyamin Netanyahu, who urged the country to do so.

“Last week, I spoke with my friend the Danish Prime Minister, Lars Lokke Rasmussen, and asked his country to reconsider its support for Palestinian organizations working against the state of Israel, and I also raised this issue last month with Denmark’s Foreign Minister Anders Samuelsen. After our conversation, I gave Denmark detailed materials about these organizations.

“When the state of Israel stands by Europe in the fight against terror, it is unconceivable that European countries would fund organizations that glorify terrorists and justify their activities,” he said.

“We will continue to insist that the countries of the world do not support organizations that encourage terrorism, and I call upon other states to act similarly,” Mr. Netanyahu added.

Before leaving for Liberia on Motzoei Shabbos, PM Netanyahu thanked Denmark for its decision.