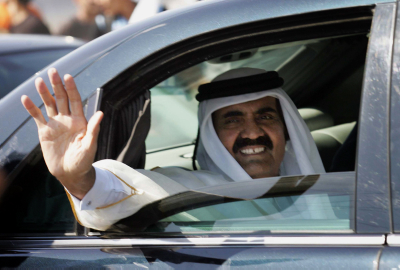 In an interview Monday, Eli Avidar, former head of the Israeli Trade Office in Doha, Qatar, said that the cutting of ties by Arab countries with Qatar announced Monday was dramatic – but that Israel was unlikely to benefit. “For the residents of Qatar, it’s an earthquake,” he said in an interview on Radio 103FM. “I am sure that there are people in the government who see this as a way to reduce the influence of Hamas, but that would be a major mistake.”

Hamas is currently dependent on Qatar for funding. “Without Qatar Hamas will be unable to fund its terror program,” Avidar said. “Government officials are probably thinking that they can use this situation to influence Hamas, perhaps get it to moderate its stances. But thinking that way would be a mistake.” Hamas would likely to seek funds elsewhere before moderating its positions, and Qatar now has a full load of issues to deal with, and the issue of Israel is far down on its list.

Qatar is currently ruled by Sheikh Tamim bin Hamad bin Khalifa Al-Thani, who at 27 years of age is extremely inexperienced “and totally unprepared for a scenario like this,” said Avidar. “He eliminated or removed many of his father’s advisers, and there is no one there with a firm grasp on what to do. I am sure that they are in total hysteria right now, and his first priority will be to try and regain the trust of the Arab nations that have cut off relations with him, as well as to get the American companies that have invested in Qatar to pressure the White House not to abandon him.” Approximately 10,000 American troops are stationed at the Al Udeid Air Base in Qatar, making it the largest U.S. base in the Middle East.

Speaking earlier on Army Radio, former IDF General and National Security Adviser Yaakov Amidror said that the move by Saudi Arabia, Egypt, the UAE and other Middle Eastern countries was no surprise, given Qatar’s long history of “duplicitious” foreign relations. “On the one hand they host a large American air force base, and on the other hand they maintain close relations with Iran.”

Qatar has long been accused of funding international terror groups as a defense strategy, essentially paying “protection” money to international terror groups in order to ensure that they are not attacked, said Amidror. “They provide funding for the Muslim Brotherhood, Hamas, and other groups, as well as Al-Jazeera,” which many moderate Arab countries have accused of glorifying terror groups, including al-Qaeda, which have targeted Arab countries, he added.