Technology The World’s Most Dangerous Mushroom and What It Did to an 18-Month-Old Girl
Health, Science & Technology 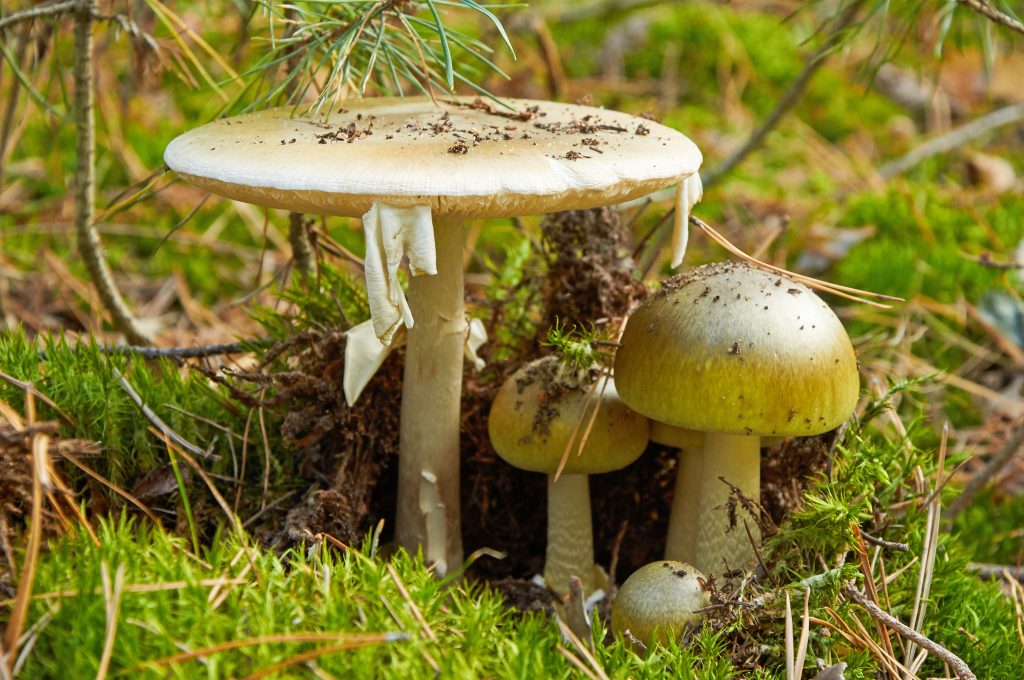 They sprouted up in abundance after heavy rains, poking up through California lawns and forests, appearing harmless to some of those who found them, as though they’d make a good meal.

And so they do, at first. The “death cap” mushroom is said to be delicious.

A new federal report detailed what came after consumption for 14 people who sampled the Bay Area’s bloom of death cap, or amanita phalloides, last December:

Violent nausea, in all cases. For some, days later, organ damage as the death caps’ potent toxins ravaged the liver.

Some victims got off relatively easy, including four young men who had expected a psychedelic trip but ended up having their insides washed out with fluids in a hospital, the only known treatment for amanita phalloides poisoning.

Three who ate the California death caps needed liver transplants, according to the report. And one of them, an 18-month-old girl, now has permanent neurological damage.

None of the 14 people in California died; they were lucky. The Centers for Disease Control and Prevention has estimated that the death cap, which grows all over the world, is responsible for 90 percent of fatal mushroom ingestions worldwide.

The mushrooms, which often look like edible species that grow nearby, have spread to every continent but Antarctica, Slate noted.

Its exact death toll is unclear, but the species was involved in many of the worst cases of 679 mushroom poisonings reported in California between November 2015 and October 2016, according to the California Poison Control System.

“These mushrooms are large, beautiful, delicious and deadly, with toxins that are not destroyed by cooking,” wrote the North American Mycological Association, whose Bay Area branch alerted California officials late last year that the death caps were blooming in great numbers.

The state had received only a few reports of death cap poisonings in the past few years, according to the CDC. The CDC doesn’t issue regular reports on death cap poisonings, as exact numbers for each year were not available. But in December, people began falling seriously ill, one after another, within days of each other.

In the worst case, a young woman accepted death caps from a stranger who had been foraging in the mountains, and prepared a meal for her family, guests and baby daughter.

Vomiting and diarrhea followed hours later, according to the report. But as Slate noted, the mushroom’s real danger is to the liver, which its poison “stealthily destroys” over a span of days.

The woman, her husband, sister, daughter and a friend were all treated at the hospital with intravenous hydration, which essentially flushes the poison out of the system.

It doesn’t always work. The woman’s sister needed a liver transplant before she left the hospital.

So did the baby, who consequently developed brain swelling and “permanent neurologic impairment,” the CDC wrote.

December’s rash of death cap poisonings reads much like another federal report from the 1990s, when a single week saw nine poisonings and two deaths.

And the symptoms sound almost exactly like those described by a Virginia man in 2011, who spotted a batch of death caps that appeared “lovely” in his back yard. He stir-fried them and ended up in an emergency room.

Milk thistle is being used in a clinical trial as a possible antidote, according to the CDC, though for now there is no sure cure for those who eat the mushroom.