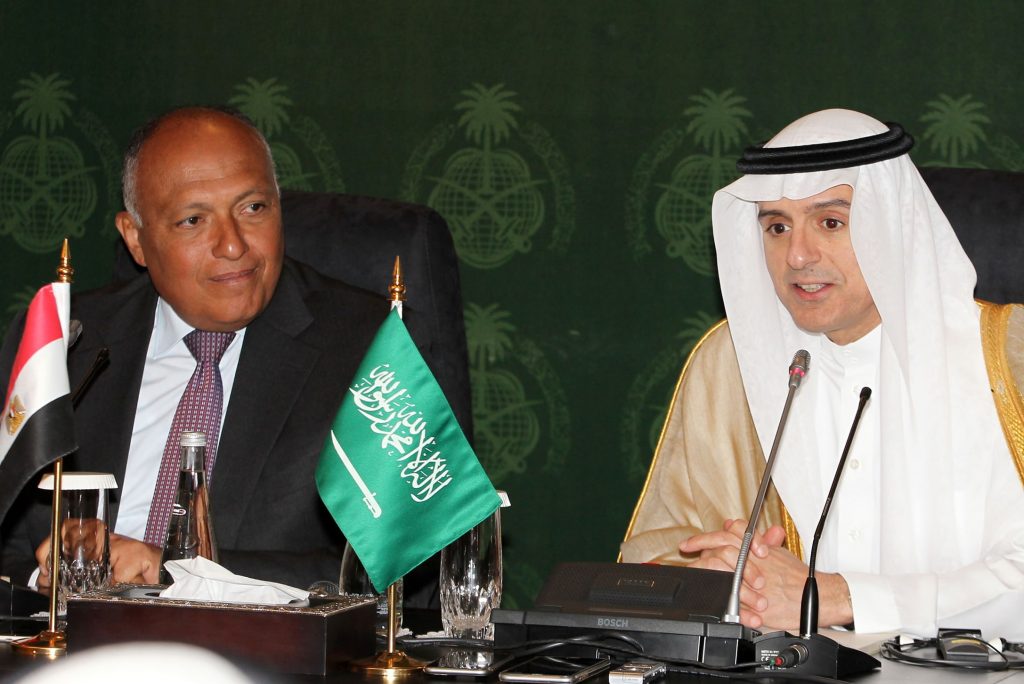 Saudi Arabia’s foreign minister and his Egyptian counterpart on Sunday discussed cooperation in fighting terrorism amid efforts to resolve differences between their two countries on the Syrian and Yemeni conflicts and other regional flashpoints.

In a brief news conference following the meeting, Saudi Foreign Minister Adel al-Jubeir and Egyptian Foreign Minister Sameh Shoukry said they wanted to strengthen bilateral ties, expand their counterterrorism efforts under the auspices of a new Saudi anti-terrorism center and work with U.S. President Donald Trump, who recently attended a summit in Riyadh.

“The United States represented by President Donald Trump has affirmed its commitment to this, and President Trump’s attendance at this historic summit was a very strong indication of the desire of the United States to work with Arab and Islamic countries,” al-Jubeir said.

The two did not address recent disputes between their two countries. The Saudis are leading supporters of the Syrian opposition, while Egypt, fearful of Islamic terrorists among the rebels’ ranks, has pushed for a political solution that might keep Syrian President Bashar Assad in power. Saudi Arabia had also expected Egypt to send ground troops to help the coalition it is leading against Shiite rebels in Yemen, but Cairo has balked.

Last October, the Saudis abruptly halted oil shipments to Cairo after it voted in favor of a U.N. resolution favorable to the Syrian government. They were resumed in March before an Arab summit intended to express unity, during which Egyptian President Abdel-Fattah el-Sissi and Saudi Arabia’s King Salman held face-to-face talks.

The two leaders also met during Mr. Trump’s visit to the region last month, and were featured in a group photo along with Trump holding their hands over a glowing white orb to mark the opening of the counterterrorism center in the Saudi capital.

Riyadh provided el-Sissi’s government with billions of dollars in aid after he led the overthrow of his elected but divisive Islamist predecessor. The aid dried up, however as oil prices tumbled and leaked audiotapes appeared to show el-Sissi speaking poorly of his Saudi benefactors.