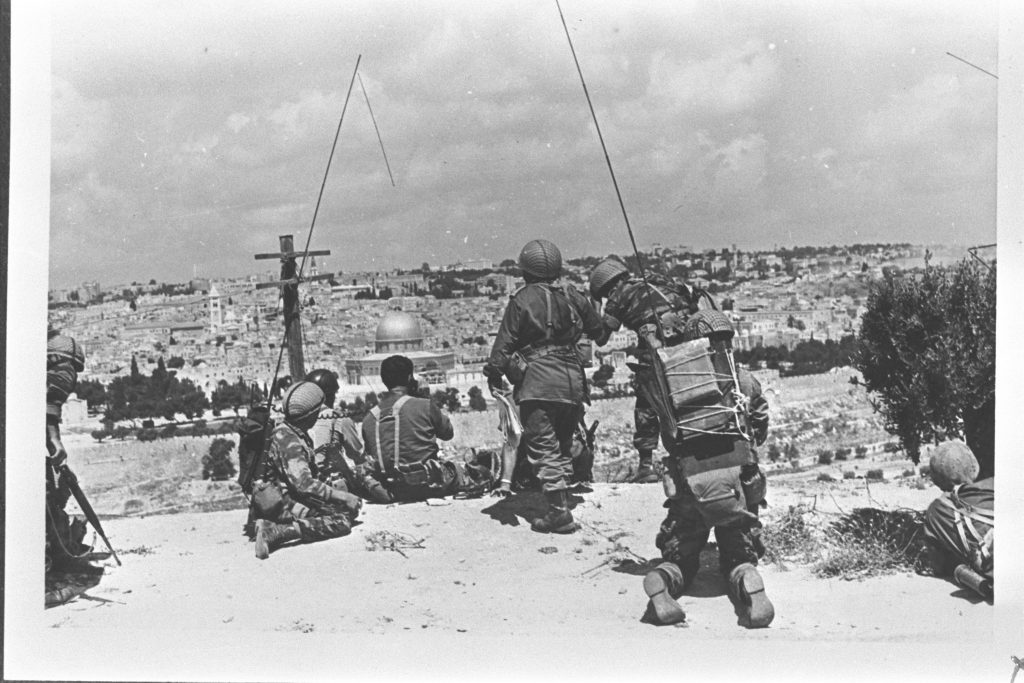 As part of a last-chance plan to avoid the destruction of the state and to stop an Egyptian advance on Israel’s population centers, the Israeli government had considered detonating a nuclear device in Sinai. The report in the New York Times Sunday quoted a former IDF general who said that the act, it was hoped, would “intimidate” Egypt as well as other Arab countries that had threatened to destroy Israel into backing off from war.

The general, Yitzchak Yaakov, described how the device was quickly assembled. It was to be deployed atop a mountain in Sinai. However, he said, the war ended so quickly – thus known as the Six Day War – that the device was never even moved to Sinai. The account came to light in the transcription of an interview Yaakov gave in 1999 and 2000. Yaakov passed away in 2013.

“Look, it was so natural,” the Times quoted Yaakov as saying in the interview. “You’ve got an enemy, and he says he’s going to throw you into the sea. You believe him. How can you stop him? You scare him. If you’ve got something you can scare him with, you scare him.”

Yaakov, known as “Yicha,” was in charge of the IDF’s weapons research and development program, and was responsible for weapons development during the Six Day War. In the 1990s, he published a memoir of his time in the IDF while living in New York that was not approved by the IDF censor. He was arrested on a visit to Israel in 2001 and charged with passing state secrets, a charge he was eventually acquitted of. He was convicted of lesser charges of mishandling secret information, and received a two-year suspended sentence.

A spokesperson for the Israeli embassy in Washington told the Times that it had no comment on the story.