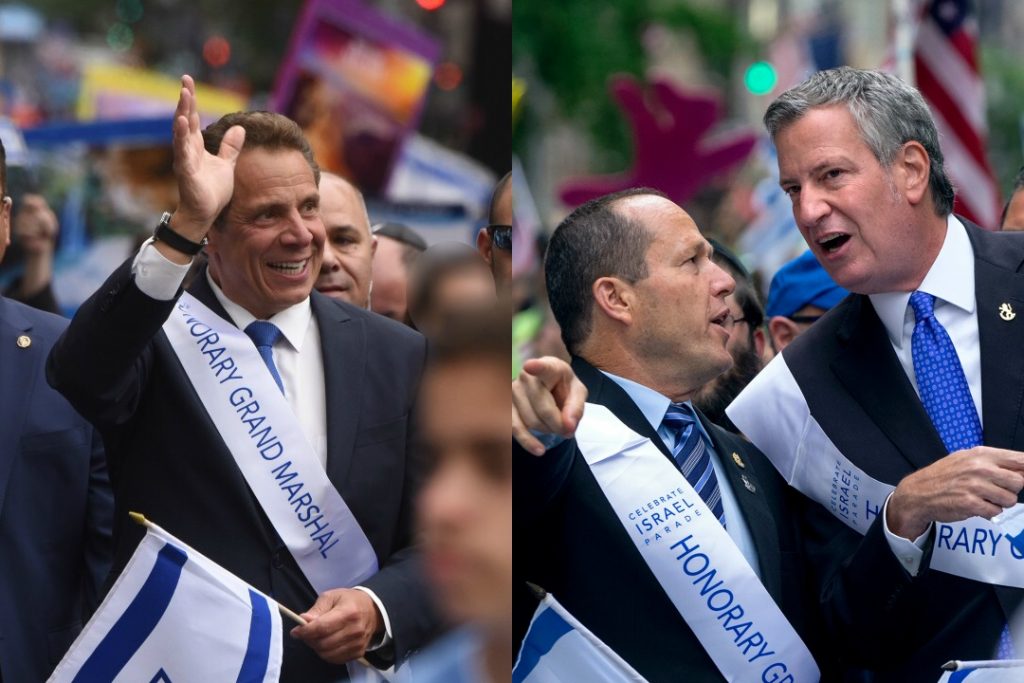 Elected officials joined thousands of marchers in a sea of blue and white flags along Fifth Avenue on Sunday for the annual Celebrate Israel parade.

The event was formerly known as the Salute to Israel Parade, and marks the birth of the Jewish state in 1948. Cuomo preceded the event by proclaiming the first Sunday in June “Shimon Peres Day” as a tribute to the late Israeli president.

In a ceremony at the Park East Synagogue on Sunday morning, Cuomo recalled his first meeting with Peres about 20 years ago.

“Right now, you think terrorism is Israel’s problem,” Cuomo recalled Peres telling him, then President Bill Clinton’s housing and urban affairs secretary, “Terrorism is not Israel’s problem. Terrorism is a global problem. It’s just that Israel is here, Israel is proximate. It is our location. But one day, they will be able to get to you and that day will come for you.”

In celebration of the Israel Day Parade, the new Kosciuszko Bridge was lit up Sunday night with blue and white LED lights.