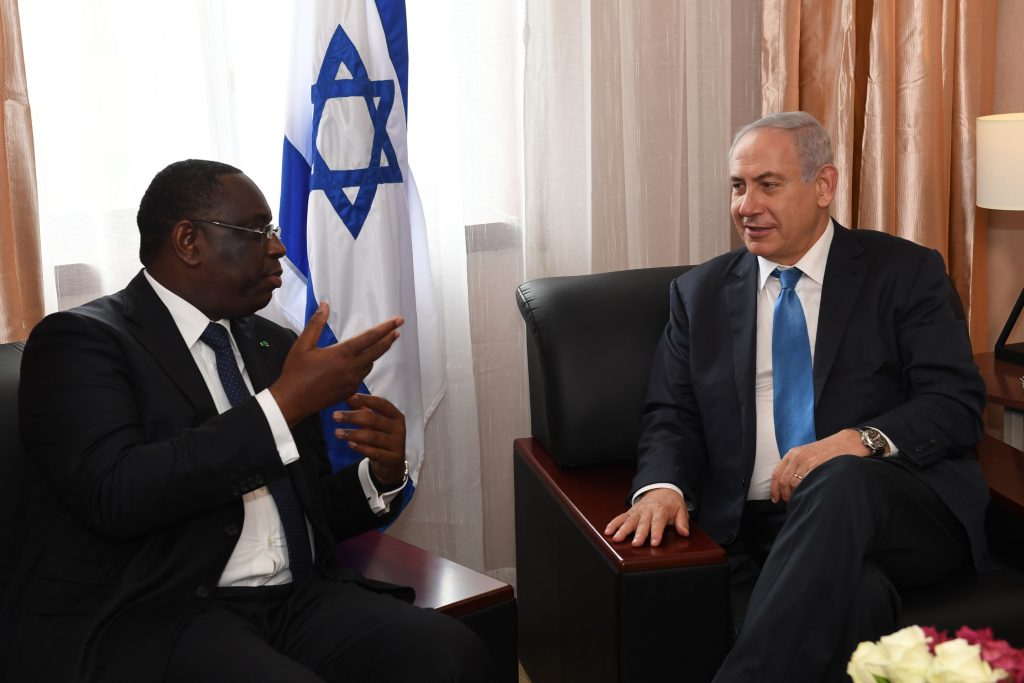 Israel’s ambassador to Senegal will return to his post after he was recalled last year following Dakar’s support of a U.N. Security Council resolution against Israeli policy over the Green Line.

The announcement was made after a meeting between Israeli Prime Minister Binyamin Netanyahu and Senegal President Macky Sall on the sidelines of an Economic Community of West African States (ECOWAS) gathering in Liberia.

Netanyahu addressed ECOWAS as a guest speaker on Sunday and met several African leaders, including Ibrahim Boubacar Keita, the president of Mali, a Muslim state with whom Israel has no diplomatic relations.

A statement from PM Netanyahu’s office said President Senegal had agreed to support Israel’s candidacy to become an observer nation at the Organization of African Unity.

The two states also agreed to resume joint projects and cooperation in security and agriculture, the statement added.

Prime Minister Netanyahu recalled the envoys to Senegal and New Zealand, Israel has no diplomatic ties with Malaysia and Venezuela.

The resolution passed in the 15-member Security Council because the United States, under the administration of former President Barack Obama, broke with its long-standing approach of diplomatically shielding Israel and did not wield its veto power, instead abstaining.