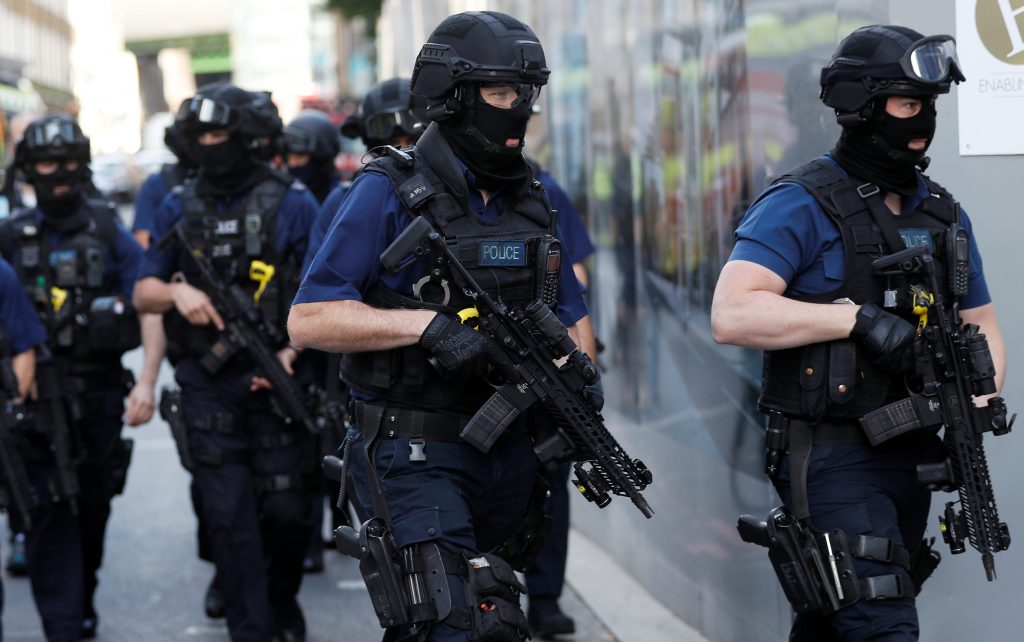 London’s police chief says the death toll from the terror attack in London Bridge has risen to seven.

Metropolitan Police Commissioner Cressida Dick told reporters that seven people have died, after three terrorists used a van to attack people on London Bridge and then stabbed others in the nearby Borough Market Saturday night.

The three terrorists were shot dead by police within minutes.

Dick said police believed that the incident was under control, but a large police cordon remained in place in the area, south of the Thames, Sunday.

She added that police patrols will be increased in London, including those by armed officers.

Speaking Sunday, Prime Minister Theresa May strongly condemned the recent terror attacks in London and Manchester, saying “enough is enough” — and that tougher measures are needed as “terrorism breeds terrorism” and attackers copy each other.

She said that while the recent attacks are not connected, they are all bound by the “single evil ideology” that says Western values are incompatible with Islam.

She added that British authorities have disrupted five credible plots since March.

“I can confirm that the terrible incident in London is being treated as a potential act of terrorism,” Prime Minister Theresa May said in a statement as events unfolded. Flags were flying at half-mast over her Downing Street residence.

Meanwhile, dozens of heavily-armed London police have fanned out across Borough Market and the streets outside London Bridge train station. Many of the police were wearing face masks as they arrived Sunday morning to patrol the scene.

London Mayor Sadiq Khan said Londoners can expect an increased police presence in the coming days. But he added, “I’m reassured we are one of the safest global cities in the world.”

Khan says the terrorists want to disrupt Britain’s democracy and hamper plans for voting in the general election.

Khan said some of those injured in the attacks in the city are in “critical” condition.

Ahead of this week’s general election, Britain’s Labour Party and the Scottish National Party have announced a suspension in campaigning because of the terror attack. They joined the Conservative Party in halting campaigning.

There was a similar hiatus after the attack in Manchester that killed 22 people last month. It is not clear when national campaigning will resume.

In a statement Sunday denouncing the “abominable and cowardly” attack, Macron said France will continue fighting “terrorism with all our strength alongside Britain and all other countries concerned.”

Macron said French authorities would work to help the French victims and increase security for French voters in London casting ballots in legislative elections starting Sunday “to show the force of democracy in the face of enemies of freedom.”

London has a large French population and attracts many French visitors. French people were also among those injured in the attack on Westminster Bridge in March.

France is still under a state of emergency after a string of Islamic terror attacks.