Business Boeing Puts 737 Up Against Small Business Jets for $6.9B Defense Contract
Business 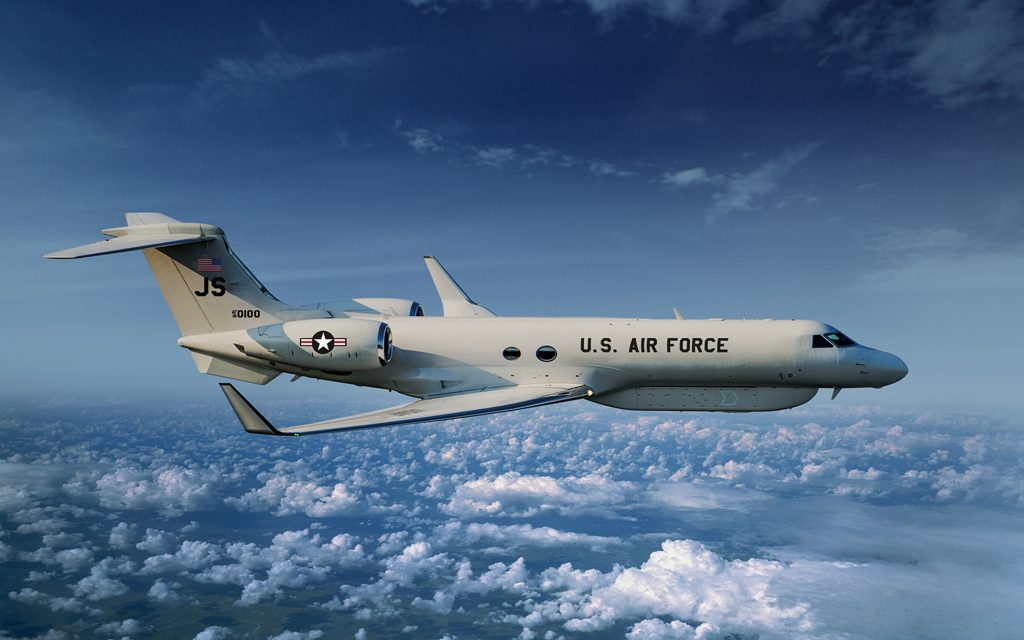 For a vital aircraft that will fly above distant battlefields, the Air Force will choose between Goliath and two Davids.

One is a jet originally designed to carry around 135 passengers, the two others built to carry fewer than 20 people.

With a $6.9 billion deal on the line, a militarized version of Boeing’s 737 jet is going up against the Gulfstream G550 and the Bombardier Global 6000 high-end business jets for a special-mission contract to be awarded as early as this fall.

The 17 JSTARS jets at issue will be stuffed with high-tech military radar and computer-analysis equipment.

The planes are heavily used in combat zones for surveillance of ground forces and to target enemy positions. The current JSTARS fleet is now active in strikes on the Islamic State of Iraq and Syria.

Chicago-based Boeing, which has a big presence in the Seattle region, hopes a JSTARS win could incline the Air Force to choose the 737 to replace more than 100 different types of special-mission aircraft in its inventory, contracts that are lucrative far beyond the mere number of 737s involved.

But the competition from Savannah, Ga.-based Gulfstream and Canada’s Bombardier is formidable.

For special missions, air forces around the world are increasingly selecting business jets that fly higher, faster and further than airliners. The U.S. Air Force initially chose the Gulfstream for a separate electronic-jamming plane code-named Compass Call, although Boeing in May formally challenged that process.

Fred Smith, director of global sales and marketing at Boeing Military Aircraft, dismisses the business jets as “a great solution for countries with smaller air forces and navies.”

As for the U.S., he said, “for a bigger mission, you need a bigger airplane.”

In a conference room inside Boeing’s former Space Center in Kent, Wash., now a hive of different defense programs, a reporter donned a virtual-reality visor to take a look at a mock-up of the jet maker’s 737 JSTARS contender.

It’s a joint Air Force and Army system, revolving around a massive, long-range radar that monitors what’s happening on the ground in a battle zone.

The virtual mock-up shows the radar hidden in a canoe-shaped bump about 20 feet long under the jet’s fuselage.

Inside the virtual airplane, operators seated at 10 stations toward the rear of the aircraft monitored large computer screens, analyzing the radar data and communicating with U.S. forces.

Aft of the stations, large metal cabinets housed the computer servers and other equipment.

Forward of them was a robust printer and a “mission table,” with a tabletop computer display screen of the battle zone.

At the front of the cabin, immediately behind the flight deck, was a crew rest area for long-endurance missions and extra seats.

Then Smith showed off a Boeing marketing trick, designed to impress upon the Air Force why size matters.

With a click of a button, an arc of light sliced through the virtual cabin, superimposing upon Boeing’s mock-up another cabin wall that cut off half the computer stations.

The Air Force plans to weigh the cost, risk and performance of the three proposals on offer and choose the JSTARS replacement by year end.

If Boeing were to win, the necessary military modifications to the airframe would likely be done during final assembly on the Renton, Wash., production line — perhaps even on the same dedicated military line now churning out the P-8s.

Where Boeing would then install the mission equipment, the radar and all the computers, is unclear.

Still, for Renton, a Boeing JSTARS win would be significant and worth more than just 17 airplanes. It would indicate a high likelihood of further special-mission aircraft contracts later.

First though, Goliath has to beat the Davids.