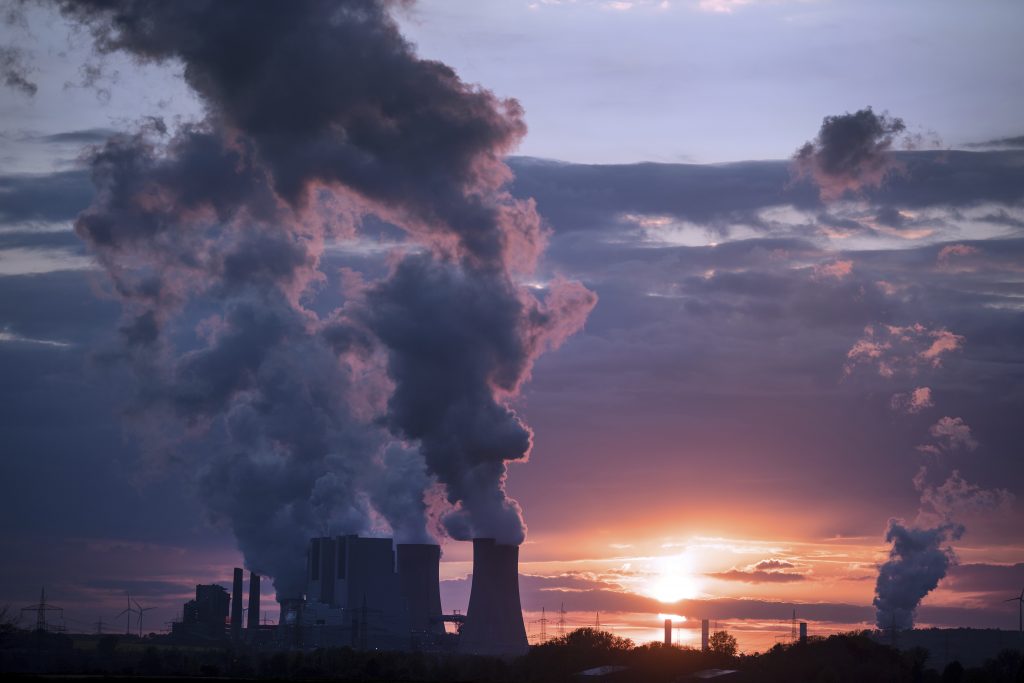 Top European leaders pledged Thursday to keep fighting against global warming as President Donald Trump announced he was pulling out of the Paris climate accord, but they rejected his suggestion that the deal could later be renegotiated.

The leaders of France, Germany and Italy said in a joint statement that they regretted the United States’ decision to withdraw from the accord, but affirmed “our strongest commitment” to implement its measures and encouraged “all our partners to speed up their action to combat climate change.”

While President Trump said the United States would be willing to rejoin the accord if it could obtain more favorable terms, the three European leaders said the agreement cannot be renegotiated, “since it is a vital instrument for our planet, societies and economies.”

President Emmanuel Macron of France repeated that belief in an English-language speech from the presidential palace, unprecedented from a French president in an address at home. He said, “I do respect this decision but I do think it is an actual mistake both for the U.S. and for our planet.”

“Wherever we live, whoever we are, we all share the same responsibility: make our planet great again,” Macron added.

The European Union’s top climate change official, Miguel Arias Canente, said in a statement that President Trump’s decision to leave the Paris accord made it “a sad day for the global community,” adding that the bloc “deeply regrets the unilateral decision.”

Canete also predicted that the EU would seek new alliances, from the world’s largest economies to the most vulnerable island states, as well as U.S. businesses and individuals supportive of the accord.

U.N. Secretary-General Antonio Guterres called the U.S. withdrawal from the Paris climate agreement “a major disappointment” and said it was “crucial that the United States remains a leader on environmental issues,” according to his spokesman.

Fiji’s Prime Minister Voreqe Bainimarama, who in November will chair an annual climate summit in Germany, said he was deeply disappointed by Trump’s decision and did what he could to try to persuade Trump to stick with the agreement as nations tackle “the greatest challenge our planet has ever faced.” He said he was convinced the U.S. will eventually rejoin.

Bainimarama said the decision is a grave disappointment for places like his Pacific island nation and U.S. coastal cities like New York and Miami that are vulnerable to climate change. He promised to do all he can to continue to forge a grand coalition to accelerate the momentum that has built since the Paris agreement.

Norway’s largest pension fund with €53 billion ($59.5 billion) in assets under its management said it would continue to invest in renewable energy despite the American president’s decision, saying in a statement that “Donald Trump is jumping off a train that has already left the station.”

Chief executive Odd Arild Grefstad cited the growth of renewable energy in U.S. states such as Texas, New York and California as signs that “the world has started the transition from fossil to a renewable economy.”

Japanese Finance Minister Taro Aso drew parallels to the U.S. setting up a plan to establish the League of Nations after World War I, only to back out later.

Before President Trump announced his decision Thursday afternoon, Chinese Premier Li Keqiang told reporters during a visit to Berlin that fighting global warming was a “global consensus” and an “international responsibility.” Without mentioning the U.S. specifically, Li said that “China in recent years has stayed true to its commitment” and pointed out that his was one of the first countries to ratify the 2015 Paris Agreement.

While traveling abroad last week, President Trump was repeatedly pressed to stay in the deal by European leaders and Pope Francis. Withdrawing would leave the United States as one of just three countries outside the agreement. The other two are Syria and Nicaragua.

Russia joined the chorus speaking out for the climate accord. Speaking to reporters on Thursday before President Trump’s decision was announced, a spokesman for President Vladimir Putin said Russia “thinks highly” of the accords and sees no alternative to it. Spokesman Dmitry Peskov added that its implementation will not be as effective “without the key signatories.”