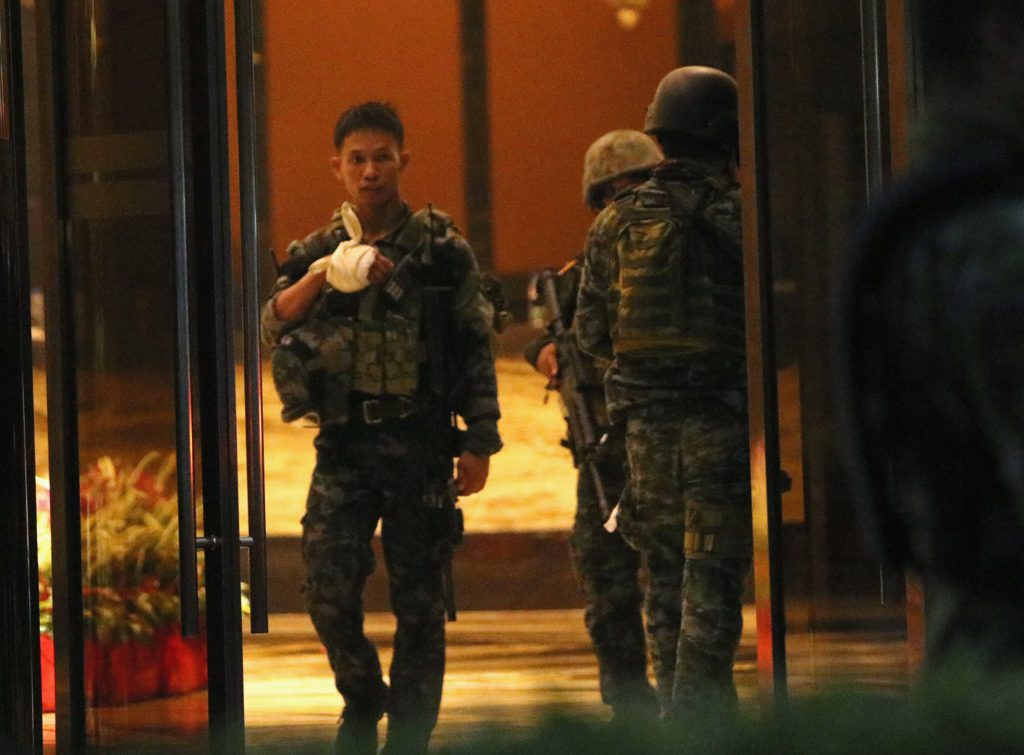 36 people are dead after a gunman burst into a Manila casino, firing shots and setting gaming tables alight, Philippine media reported on Friday, in what officials said was a botched robbery attempt.

Police said the unidentified gunman had killed himself after firing at armed officers searching the still-smoking Resorts World Manila entertainment complex hours after the drama that began shortly after midnight.

Many of the dead suffocated in the chaos as guests and staff tried to flee choking smoke at the complex, according to a report by ANC News channel, quoting Bureau of Fire Protection sources.

“We have been informed of several casualties, the number and identities of whom have yet to be determined,” it said in a statement. Its shares were down 7 percent.

Around dawn, the body of the suspected gunman was found in a hotel room in the complex, which is close to Ninoy Aquino International Airport and an air force base, police said.

“He burned himself inside the hotel room 510,” national police chief Ronald dela Rosa told a media conference. “He lay down on the bed, covered himself in a thick blanket and apparently doused himself in gasoline.”

The bodies of two of the victims had been taken to the Veronica funeral parlor, staff member Leni Domingo told Reuters.

Officials said at least 54 people were hurt, some seriously, as they rushed to escape what at first had been feared as a militant attack.

Dela Rosa told DZMM radio the lone gunman had not aimed his assault rifle at people and may have been trying to steal casino chips.

“Don’t panic, this is not a cause for alarm. We cannot attribute this to terrorism,” dela Rosa said.

“We are looking into a robbery angle because he did not hurt any people and went straight to the casino chips storage room. He parked at the second floor and barged into the casino, shooting large TV screens and poured gasoline on a table setting it on fire,” he said.

Police said the gunman was tall with a pale complexion and spoke English.

“Even the security personnel panicked. Maybe because of the heavy firearm, they can’t put up a fight so they prioritized life and safety,” Jeff Santos, a high roller at Resorts World Manila, told a Philippine radio station. “Definitely us patrons we did not expect that, everyone ran away.”

Jeri Ann Santiago, who works in the emergency room at the San Juan de Dios hospital, said patients were suffering the effects of smoke inhalation and some had injuries such as fractures. None had gunshot wounds, she said.

“Please help pray for the injured and the loss of lives due to suffocation,” she said in a message to reporters.

The Philippines has been on heightened alert amid a crisis in the south of the country, where troops have been battling Islamist rebels since May 23.

President Rodrigo Duterte declared martial law on the southern island of Mindanao last week and has warned it could become a haven for supporters fleeing Iraq and Syria.

Dela Rosa said there had been no specific, credible terror threat in Manila so far.

Earlier, U.S. President Donald Trump said Washington was closely monitoring what he described as a “terrorist” attack unfolding in Manila.

The U.S. embassy in Manila told Americans there to exercise caution and to review their personal security.

Dozens of police trucks and a handful of huge Special Action Force vans and armored personnel carriers lined side streets near the hotel, casino and shopping mall complex as the drama unfolded.

Gil Yonco, 54, stood weeping in the street at around 5 a.m. His daughter had been on the second floor inside Resorts World and called her father for help because she was being suffocated by smoke.

He tried calling back but there was no answer. “I am very worried as a parent, I need to find her,” he said.

A casino worker named Julio from the third floor of the complex told DZMM radio he heard many gunshots and saw people running up the stairs from the second floor.

Ronald Romualdo, a maintenance worker at Resorts World, told the station he saw a woman fall from an upper floor while trying to escape. “Several people were injured,” he said.