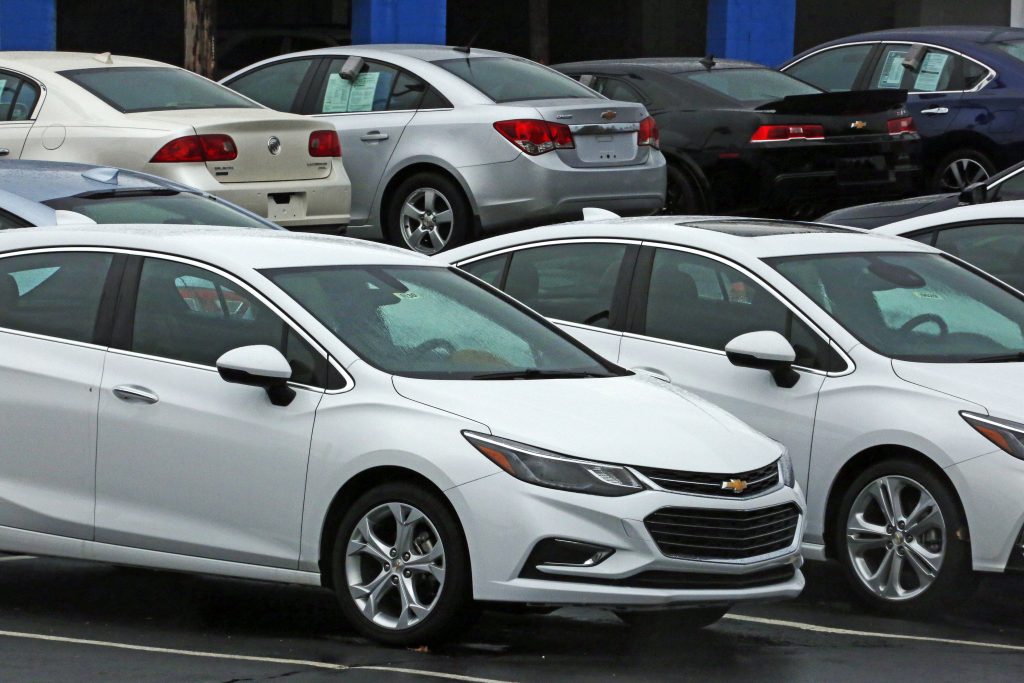 U.S. auto sales fell for the fifth straight month in May, bolstering expectations for the first annual sales decline since 2009.

Some industry analysts lowered predictions for the year as General Motors, Fiat Chrysler, Hyundai and Toyota all reported May decreases compared with a year ago. Ford, Honda, Nissan and Volkswagen said their sales were up. The figures added up to just over 1.5 million vehicles sold and a 0.5 percent decrease.

Tom Libby, an industry analyst with IHS Markit, said although economic fundamentals such as unemployment, consumer confidence, gas prices and interest rates all look good, sales still will fall this year because pent-up demand for new cars has been satisfied and many people have decided to keep their automobiles longer.

The industry posted annual sales increases from 2010 through 2016, a streak matched only in the 1920s, Libby said. Sales hit records of around 17.5 million during the past two years, so most people who needed a new car have already bought one, he said. “It’s very understandable that this would not continue,” said Libby, whose firm reduced its full-year sales forecast for 2017 from 17.4 million to 17.3 million.

LMC Automotive and J.D. Power also lowered their forecast, to 17.2 million from 17.5 million.

The average age of a vehicle on U.S. roads has inched up to about 11.5 years, indicating people are holding onto their cars and trucks longer due to higher quality and reliability from all automakers, further slowing sales of new vehicles, Libby said.

But even 17.2 million is still healthy and near record highs.

For the month, Ford reported a surprising 2 percent increase while Nissan said its sales rose 3 percent. Honda sales were up just under 1 percent. Volkswagen sales rose 4 percent over weak numbers last year due to its diesel emissions cheating scandal. Ford, the nation’s No. 2 automaker, even beat GM for the month, a rare feat that has happened only one other month since 2002.

GM sales fell 1 percent from a year ago as strong crossover SUV sales were offset by a 36 percent cut in sales to rental car companies. Toyota fell 0.5 percent and Fiat Chrysler dropped about 1 percent.

The shift from cars to trucks and SUVs of all sizes continued, with car demand dropping to only 38 percent of the nation’s sales last month from 42 percent in the same month a year ago. Just five years ago the figure was over 50 percent.

Deals should be abundant because of an oversupply of cars on dealer lots, Libby said, as automakers do everything they can to cash in on the boom in SUVs and car-based crossover utilities. “The manufacturers frankly are flooding the market with crossovers, two and three in the same segment from the same brand,” he said.

There were plenty of deals in May, especially during the Memorial Day holiday weekend. Incentives such as rebates and low-interest financing were expected to rise about 7 percent to $3,583 per vehicle, a record for the month of May, J.D. Power said.

Dierdre Borrego, senior vice president of automotive analytics at J.D. Power, said the big incentives mean automakers are grappling with growing inventories. The average amount of time a vehicle sits on a dealer lot was 71 days in May, the first time it was above 70 days since 2009, according to J.D. Power.

Ford said its inventory dropped from an 83-day supply of new vehicles in April to 72 days in May. GM’s inventory grew by one day to 101. A 60-day supply is considered optimal for automakers.

High inventories could lead to more deals but also layoffs at auto assembly plants as companies try to cut production.