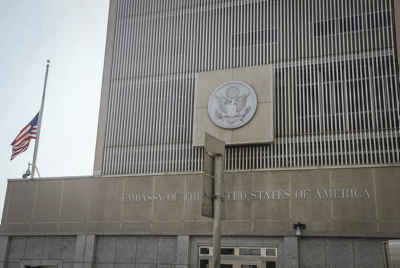 Israel will have to wait a while longer before the U.S. moves its embassy to Yerushalayim, despite a last-minute attempt by Prime Minister Binyamin Netanyahu to persuade Washington to do so now.

Prime Minister Netanyahu spoke to U.S. Ambassador to Israel David Friedman on Monday for one last try at persuading the Trump administration to follow up on a pledge made during the 2016 presidential campaign, the Jerusalem Post said, citing diplomatic sources.

Nevertheless, on Thursday President Donald Trump fell in line with his predecessors, at least for now, and signed the six-month waiver overriding a 1995 law requiring that the embassy be transferred.

President Trump was facing a Thursday deadline to renew the waiver or see the State Department lose half its funding for its overseas facilities. Presidents of both parties have renewed the waiver every six months for years.

While there have been divisions among President Trump’s aides on the issue, the view that appears to have prevailed is that the United States should keep the embassy in Tel Aviv for now to avoid angering the Palestinians, Arab governments and Western allies while the president seeks to nurture peace efforts.