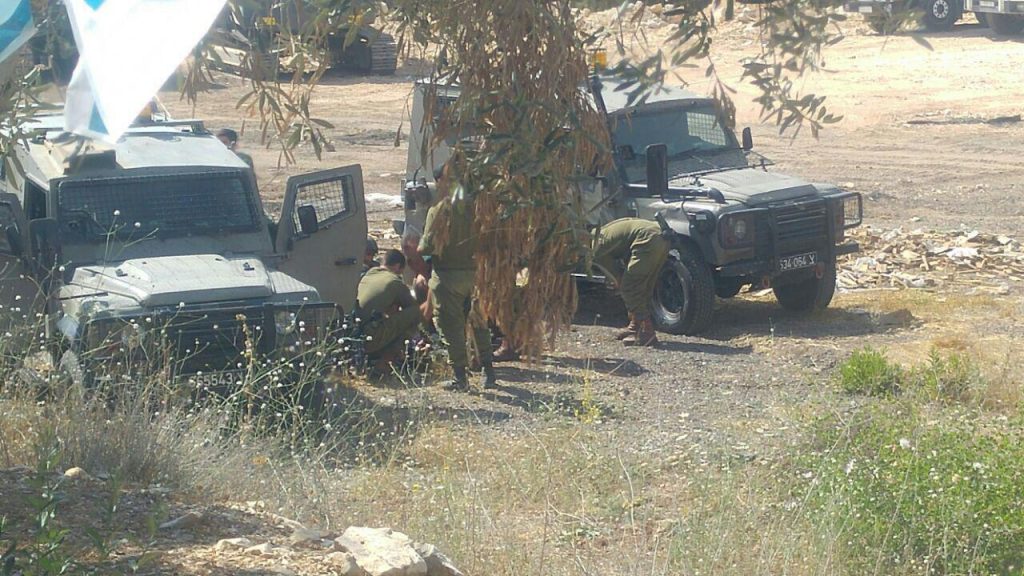 An IDF soldier was wounded Thursday when an Arab terrorist went on a stabbing spree at a guard post in Mevo Dotan, in northern Shomron. The female terrorist was shot and neutralized by soldiers at the post.

Footage showed the terrorist approaching soldiers, with one soldier, who suspected her intentions, calling on her to halt. Instead, she continued advancing, reached one group of soldiers and pulled out a large knife, which she used to stab a soldier. Soldiers immediately opened fire on her, wounding her moderately.

In a statement, the IDF said that the soldier was lightly injured and was being treated at a nearby hospital. Yossi Dagan, chairman of the Shomron Regional Council, said in a statement that “attempts like these to break the spirit of residents of Shomron will not succeed. As in the past, attentive soldiers showed great bravery and attentiveness. We thank them for their efforts, and we expect a continued strong hand be used against these terrorists.”