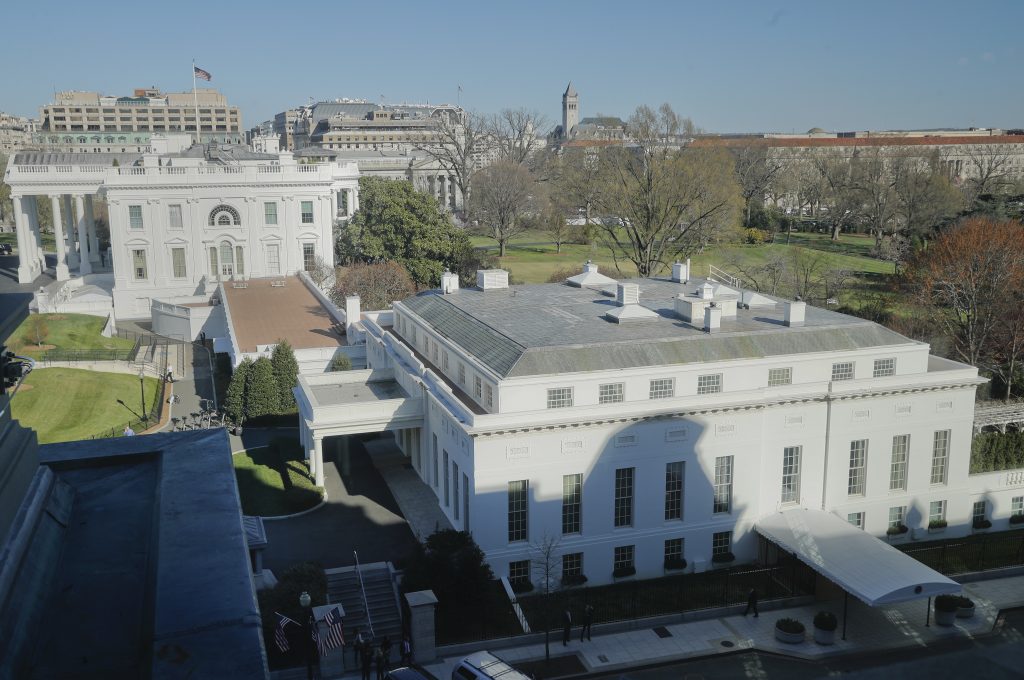 The departure of Dubke comes as aides and outside advisers say Trump has grown increasingly frustrated by allegations of Russian meddling in the 2016 election and revelations of possible ties between his campaign and Moscow.

Trump tweeted Tuesday: “Russian officials must be laughing at the U.S. & how a lame excuse for why the Dems lost the election has taken over the Fake News.”

Dubke wrote in a statement that it has been an honor to serve Trump and “my distinct pleasure to work side by side, day by day with the staff of the communications and press departments.”

Dubke offered his resignation earlier this month, White House counselor Kellyanne Conway told The Associated Press on Tuesday, but offered to stay on during the president’s first foreign trip. His last day has not yet been determined.

White House chief of staff Reince Priebus thanked Dubke in a statement and said Dubke had “offered to remain onboard until a transition is concluded.”

“Mike will assist with the transition and be a strong advocate for the president and the president’s policies moving forward,” he said.

A Republican consultant, Dubke joined the White House team in February. The position had gone unfilled after campaign aide Jason Miller — Trump’s original choice for communications director — backed out of the job in December before the president’s inauguration. Dubke founded Crossroads Media, a GOP firm that specializes in political advertising.

Trump has recently been considering a major staff overhaul, though it’s unclear whether other moves are imminent.

Trump has entertained bringing his former campaign manager, Corey Lewandowski, and former deputy campaign manager, David Bossie, more formally back into the fold. Bossie told Fox News that the Trump administration has reached out to him but hasn’t offered him a job yet.

“They have talked to many people, including me,” Bossie said. He later added: “It’s an ongoing conversation, and that’s a fair way to put it.”

In an interview on Fox News on Tuesday, Conway said Dubke “made very clear that he would see through the president’s international trip, and come to work every day and work hard even through that trip because there was much to do here back at the White House.”

Dubke’s hiring was intended to lighten the load on Sean Spicer, the White House press secretary, who had also been handling the duties of communications director during Trump’s first month in office. Trump has privately and publicly pinned some of the blame for his administration’s rough start on the White House’s communications strategy.

Axios reported that other potential communications changes could be in the works, including fewer on-camera news briefings by Spicer. Trump will also take more questions directly from the media. Conway said the White House will continue to bring in Cabinet secretaries and other top officials to handle news briefings on topics in their field. Conway also dismissed persistent speculation that Spicer was on his way out. She said he would be back at the podium to brief reporters on Tuesday.

Axios also reported that Trump may travel more – perhaps as frequently as once a week.

While on his recent overseas trip, Trump’s longtime lawyer, Marc Kasowitz, joined a still-forming legal team to help the president shoulder the intensifying investigations into Russian interference in the election and his associates’ potential involvement. More attorneys with deep experience in Washington investigations are expected to be added, along with crisis communication experts, to help the White House in the weeks ahead.