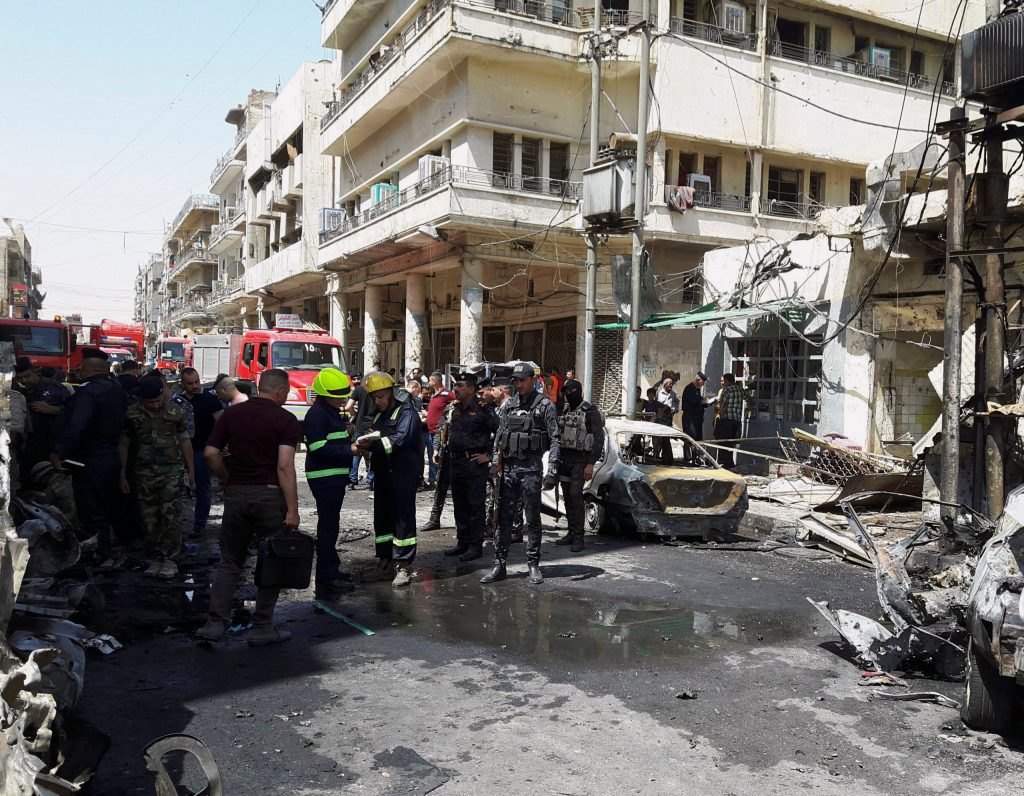 Two car bombs killed at least 20 people in Baghdad and wounded about 80 others in streets packed with crowds preparing for the Ramadan fast early on Tuesday, security sources said.

The Islamic State terror group claimed responsibility for the first blast that killed at least 13 people and wounded 40 just after midnight in the Iraqi capital’s commercial Karrada district.

A few hours later, a second bombing killed seven people and wounded 38 more near a government office in Karkh district. There was no immediate claim of responsibility.

Karrada was hit by a massive truck bomb in July 2016 that killed at least 324 people, the deadliest attack in Iraq since the U.S.-led invasion of the country in 2003.

Islamic State has been retreating in Iraq since the end of 2015 in the face of U.S.-backed government forces and Iranian-backed Shiite paramilitary groups. It is now besieged in an enclave in the northern city of Mosul, which it has used as its de facto capital in Iraq.