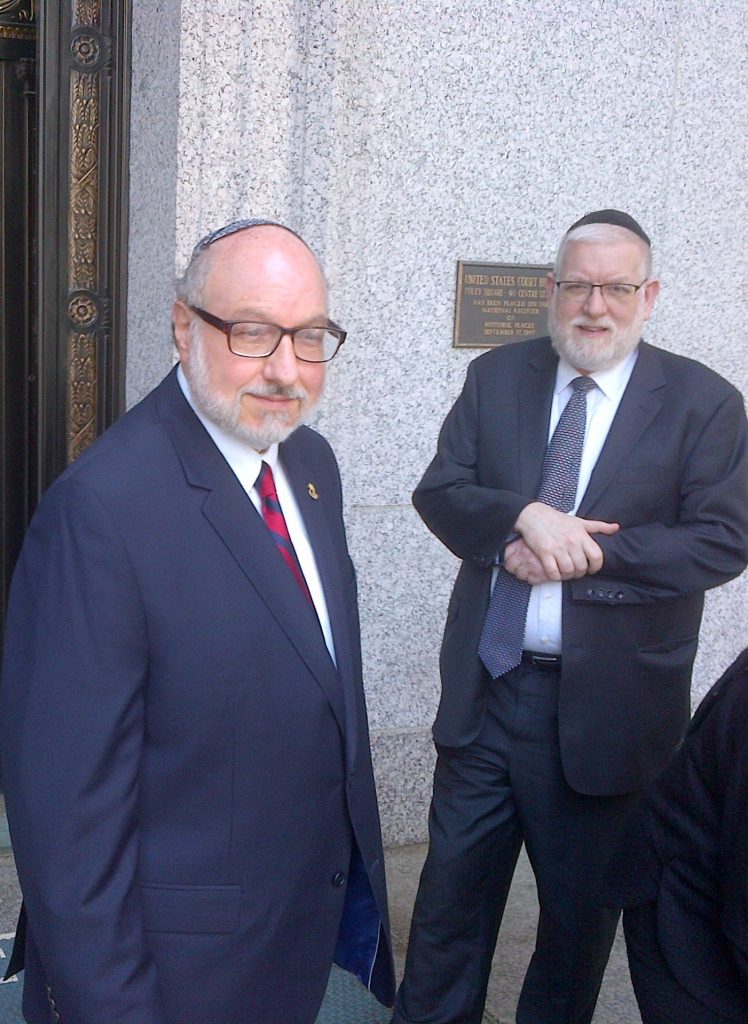 Only a day before the Virginia-based appeals court released its ruling, another appeals court — a three-judge panel of the New York City-based Second Circuit — issued a written ruling rejecting Jonathan Pollard’s appeal of a lower-court judge’s refusal of his habeas corpus petition seeking the removal of broad and severe parole restrictions.

There are many stark differences between Mr. Pollard and those who brought the lawsuit against the travel ban, not the least of which is that Mr. Pollard is an American citizen who has never been charged with seeking to harm the interests of the United States (he pled guilty to passing classified information to an ally), while the travel ban — at least according to the Trump administration — is intended to keep foreign terrorists out of the country.

Yet, in regard to the underpinning of the legal arguments pertaining to these two cases, there is a telling similarity. Should the U.S. government be given a blank check when it comes to claims of “national security”? Or should such claims undergo at the very least a minimal amount of judicial review?

Whether one agrees with the conclusion reached by the 147-page majority opinion supported by 10 judges of the Fourth Circuit Court, or with that of the three who dissented, few can disagree with the following four paragraphs, found on page 73 of that ruling:

We are likewise unmoved by the Government’s rote invocation of harm to “national security interests” as the silver bullet that defeats all other asserted injuries. … The concept of ‘national defense’ cannot be deemed an end in itself, justifying any exercise of legislative power designed to promote such a goal. Implicit in the term ‘national defense’ is the notion of defending those values and ideals which set this Nation apart. … Our country has taken singular pride in the democratic ideals enshrined in its Constitution, and the most cherished of those ideals have found expression in the First Amendment. It would indeed be ironic if, in the name of national defense, we would sanction the subversion of one of those liberties … which makes the defense of the Nation worthwhile. …

National security may be the most compelling of government interests, but this does not mean it will always tip the balance of the equities in favor of the government. … The government’s “authority and expertise in [national security and foreign relations] matters do not automatically trump the Court’s own obligation to secure the protection that the Constitution grants to individuals. …”

A claim of harm to national security must still outweigh the competing claim of injury. Here and elsewhere, the Government would have us end our inquiry without scrutinizing … the Government’s asserted interests, but “unconditional deference to a government agent’s invocation of ‘emergency’ … has a lamentable place in our history” … and is incompatible with our duty to evaluate the evidence before us. (Legal sources were removed to make the above material legible to laymen.)

One can only wonder: Why is it that what was so clearly apparent to the Fourth Circuit Court, generally considered to be a far more conservative one, totally eluded their liberal colleagues in New York?

As detailed at length in an article in this week’s Features section, again and again the government has been permitted to use “secret” documents that it refuses to even show a judge, and hide behind unchecked and unsubstantiated claims of “national security” — claims that fly in the face of basic logic — to keep Jonathan Pollard in prison for three decades and continue to do all it can to make his life miserable after being released on parole.

Why did the Fourth Circuit Court take note of declarations by former national security, foreign policy, and intelligence officials who previously served in the White House, State Department, DHS, and Central Intelligence Agency stating that there “is no national security purpose for a total ban on entry for aliens from the [Designated Countries],” but in the Pollard case, the Second Circuit Court refused to consider the declarations of former U.S. National Security Advisor Robert McFarlane and former Senate Intelligence Committee member Dennis DeConcini, who have personal knowledge of the Pollard case, and who each state that whatever information Mr. Pollard might still recall after 30 years is “of no value to anyone today”?

Is it because it is more palatable to fight for the rights of foreign Muslims than for an American Jew? Or is it because some 140 individuals and organizations issued amicus briefs in support of those challenging the travel ban, while our community was so shamefully silent when it came to the Pollard case?

As we contemplate an asymmetrical justice system highlighted by these two courts’ decisions, there are far too many unanswered — and very painful — questions.