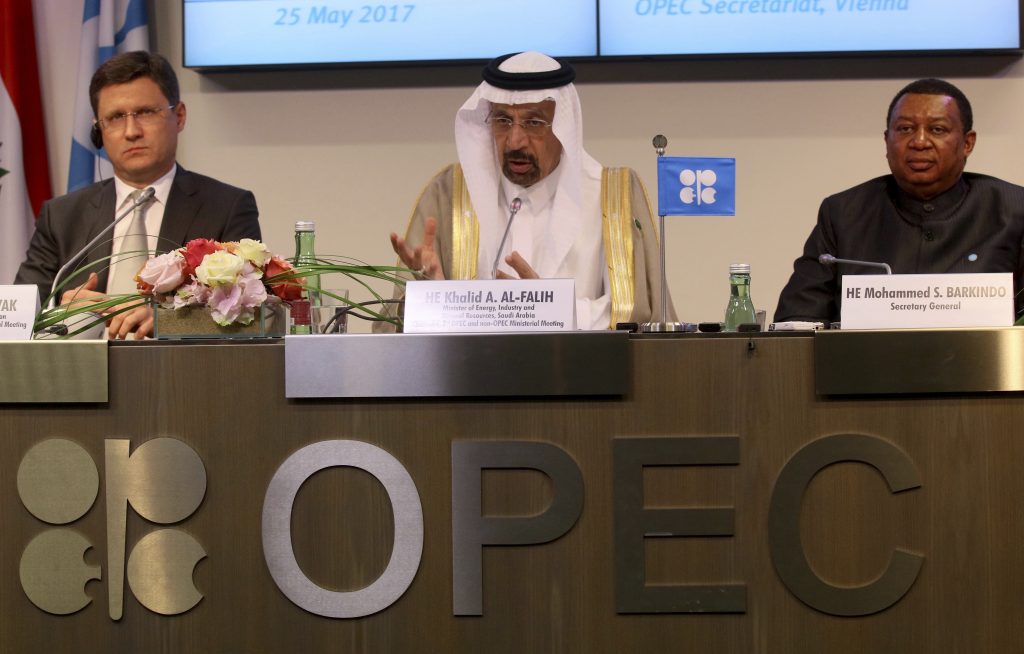 Oil rose above $50 a barrel on expectations OPEC will succeed in bringing down inventories as the summer driving season kicks off in the U.S.

Futures rose for a second session in New York after an OPEC-led deal to extend output limits through March was initially met with a selloff last week as deeper cuts on a plan for the rest of 2018 weren’t proposed. But Saudi Arabia’s Energy Minister Khalid Al-Falih said the strategy is working and stockpiles will drop faster in the third quarter. Many expect the driving season that’s starting with the Memorial Day holiday to help ease the glut.

The cuts “will continue to help inventories draw through the summer,” said Craig Bethune, a fund manager at Manulife Asset Management Ltd. in Toronto who focuses on energy and natural resources investments. There is “modest recovery from the OPEC selloff the other day.”

U.S. inventories have dropped seven weeks in a row in a sign Al-Falih may be right, though they still remain above the five-year average. To speed up that decline, Saudi Arabia plans to reduce exports to the world’s biggest consumer.

The shale expansion that many fear will offset the Organization of Petroleum Exporting Countries’ efforts showed the first signs of slowing down last week, with the fewest rigs added this year, Baker Hughes Inc. data show.

West Texas Intermediate for July delivery rose 0.9 percent, or 45 cents, to $50.24 a barrel on the New York Mercantile Exchange at 11:48 a.m. Total volume was about 76 percent below the 100-day average due to public holidays in the U.S. and the U.K. Prices fell 1.1 percent last week.

Brent for July settlement rose 0.8 percent, or 42 cents, to $52.57 a barrel on the London-based ICE Futures Europe exchange, trading at a premium of $2.32 to WTI for the same month. The global benchmark crude fell 2.7 percent last week.

“We believe the next big move for prices is up as oil inventories fall at an even faster pace in the coming weeks,” Giovanni Staunovo, a Zurich-based commodity analyst at UBS Group AG, said by email. While U.S. shale output is set for “robust growth” in the second half of the year, “we see the oil market tightening further in the coming quarters,” he said.

Rigs targeting crude in the U.S. increased for a 19th straight week in the longest streak of gains since August 2011, the Baker Hughes data show. But while the number has more than doubled from last year’s low, to 722, the total rose by a meager two rigs last week. Drillers in Colorado led the growth. The nation’s busiest oil patch, the Permian Basin of west Texas and New Mexico, added just one, its smallest gain in more than a month.

–The market overreacted to OPEC’s decision to extend the production curbs, and the global crude market is heading toward balance in the second half of this year, Japan’s Cosmo Oil Co. said in an emailed response to questions.

–Hedge funds’ WTI net-long positions — the difference between bets on a price increase and wagers on a drop — rose 20 percent in the week ended May 23, according to the CFTC data on futures and options.