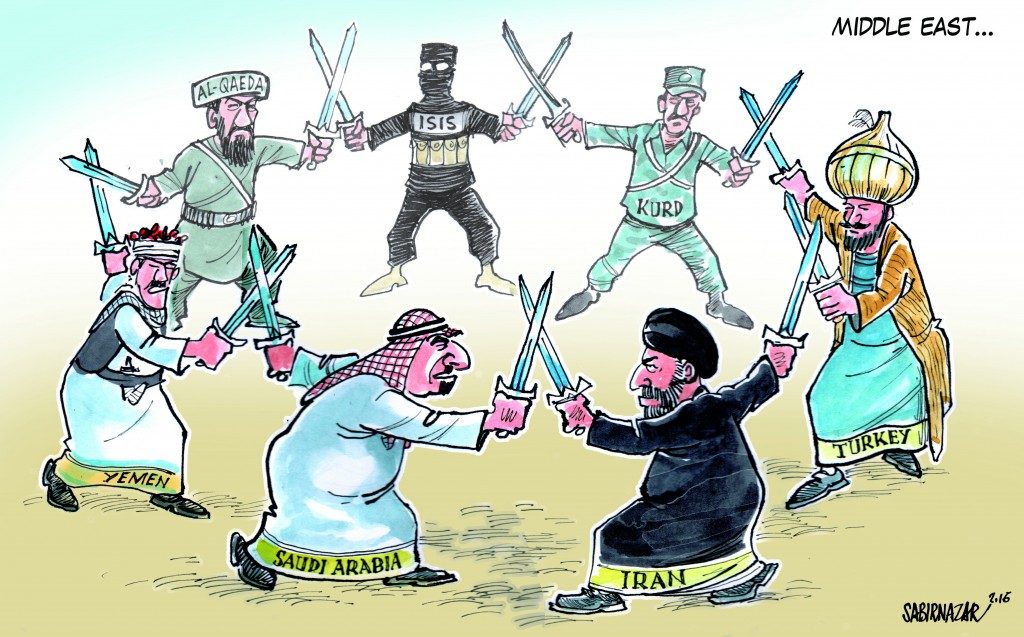 The quixotic American pursuit of Middle East peace is a perennial. It invariably fails, yet every administration feels compelled to give it a try. The Trump administration is no different.

It will fail as well. To be sure, no great harm has, as yet, come from President Trump’s enthusiasm for what would be “the ultimate deal.” It will, however, distract and detract from remarkable progress being made elsewhere in the Middle East.

That progress began with Trump’s trip to Saudi Arabia, the first of his presidency — an unmistakable declaration of a radical reorientation of U.S. policy in the region. Message: The appeasement of Iran is over.

Barack Obama’s tilt toward Iran in the great Muslim civil war between Shiite Iran and Sunni Arabs led by Saudi Arabia was his reach for Nixon-to-China glory. It ended ignominiously.

The idea that the nuclear deal would make Iran more moderate has proved spectacularly wrong, as demonstrated by its defiant ballistic missile launches, its indispensable support for the genocidal Assad regime in Syria, its backing of the Houthi insurgency in Yemen, its worldwide support for terrorism, its relentless anti-Americanism and commitment to the annihilation of Israel.

These aggressions were supposed to abate. They didn’t. On the contrary, the cash payments and the lifting of economic sanctions — Tehran’s reward for the nuclear deal — have only given its geopolitical thrusts more power and reach.

The reversal has now begun. The first act was Trump’s Riyadh address to about 50 Muslim states (the overwhelming majority of them Sunni) signaling a wide Islamic alliance committed to resisting Iran and willing to cast its lot with the American side.

That was objective No.1. The other was to turn the Sunni powers against Sunni terrorism. The Islamic State is Sunni. Al-Qaida is Sunni. Fifteen of the 9/11 hijackers were Saudi. And the spread of Saudi-funded madrassas around the world has for decades inculcated a poisonous Wahhabism that has fueled Islamist terrorism.

Saudi Arabia and the other Gulf states publicly declaring war on their [illegitimate] terrorist child is significant. As is their pledge not to tolerate any semiofficial support or private donations. And their opening during the summit of an anti-terrorism center in Riyadh.

After eight years of U.S. policy hovering between neglect and betrayal, the Sunni Arabs are relieved to have America back. A salutary side effect is the possibility of a detente with Israel.

That would suggest an outside-in approach to Arab-Israeli peace: a rapprochement between the Sunni state and Israel (the outside) would put pressure on the Palestinians to come to terms (the inside). It’s a long-shot strategy but it’s better than all the others. Unfortunately, Trump muddied the waters a bit in Israel by at times reverting to the opposite strategy — the inside-out — by saying that an Israeli-Palestinian deal would “begin a process of peace all throughout the Middle East.”

That is well-worn nonsense. Imagine if Israel disappeared tomorrow in an earthquake. Does that end the civil war in Syria? The instability in Iraq? The fighting in Yemen? Does it change anything of consequence amid the intra-Arab chaos? Of course not.

And apart from being delusional, the inside-out strategy is at present impossible. Palestinian leadership is both hopelessly weak and irredeemably rejectionist. Until it is prepared to accept the legitimacy of the Jewish state — which it has never done in the 100 years since the Balfour Declaration committed Britain to a Jewish homeland in Palestine — there will be no peace.

It may come one day. But not now. Which is why making the Israel-Palestinian issue central, rather than peripheral, to the epic Sunni-Shiite war shaking the Middle East today is a serious tactical mistake. It subjects any now-possible reconciliation between Israel and the Arab states to a Palestinian veto.

Ironically, the Iranian threat that grew under Obama offers a unique opportunity for U.S.-Arab and even Israeli-Arab cooperation. Over time, such cooperation could gradually acclimate Arab peoples to a nonbelligerent stance toward Israel. Which might in turn help persuade the Palestinians to make some concessions before their fellow Arabs finally tire of the Palestinians’ century of rejectionism.

Perhaps that will require a peace process of sorts. No great harm, as long as we remember that any such Israeli-Palestinian talks are for show — until conditions are one day ripe for peace.

In the meantime, the real action is on the anti-Iranian and anti-terror fronts. Don’t let Oslo-like mirages get in the way.