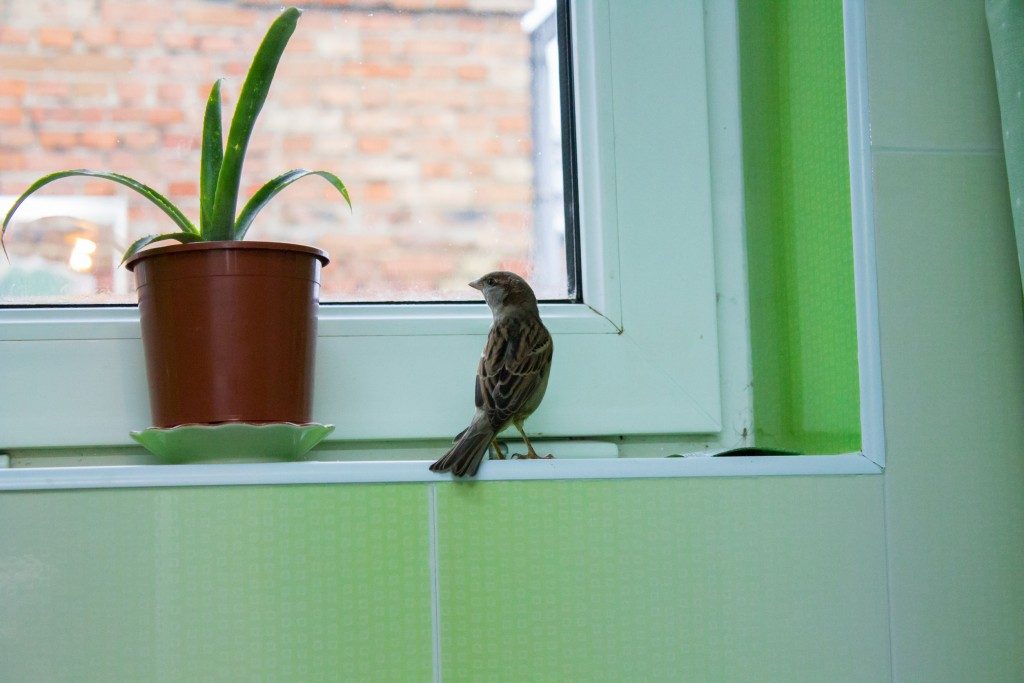 A chazakah is often a good thing. For example, if someone gets a chazakah on a seat in the Mirrer Yeshivah of Yerushalayim (in spite of the fact that the Yeshivah periodically puts up signs saying no one has a chazakah on any seat), that can be a very good thing, considering that the Yeshivah, with its student body numbering many thousands, is literally filled to overflowing. Or to have a chazakah to be the one to perform a certain mitzvah — say, being the baal korei for Megillas Esther on Purim — is a wonderful zechus to have.

But what about a chazakah to be the one who finds snakes in your backyard? I’m not sure how many people would vie for bragging rights on that one.

Last year I wrote an article (“A Snake Above,” May 3, 2016) based on my experience catching and eliminating a venomous snake from my yard. In that instance, my son — then seven years old — noticed the snake slithering out from beneath the artificial grass we were standing on as we were doing some yard work (ironically, the work we were doing was erecting a fence that was meant to keep out cats, and some say that cats keep snakes at bay). The snake was way too close for comfort but b’chasdei Hashem no one was hurt, and we managed to eliminate the snake.

But that was not my son’s first close encounter with a snake. One morning on the preceding Sukkos, he woke up early. As he was about to return to the land of slumber, he noticed a snake on the stone wall right near his pillow! Smart kid that he is, he roused me from my sleep; but the snake got away before I could introduce it to the sharp flat edge of my shovel.

So last summer’s experience was a second encounter. And believe it or not, almost exactly one year later — on this past May 7 — my son had encounter #3.

A few days earlier I had noticed the head of something peering out from one of the holes between the paving stones of our patio. It looked like a snake, and I got into my shovel-ready position. Apparently, though, this one had been tipped off by the snake community to beware of sharp flat-edged shovels; he retreated into his underground lair. A day later I saw something slithering. Carefully removing — with my shoe-covered foot — the board under which it went, I discovered to my relief that it was a lizard with very short legs. “Oh,” I thought, “that’s all it must have been. Good.”

But on the following Shabbos, my wife caught sight of an honest-to-goodness snake slithering across our patio. It found refuge under a makeshift shed where we store the Pesach refrigerator. Unless it’s right there in front of you, there really isn’t much you can do about a snake, other than daven that you don’t meet it under unfavorable circumstances. Also, on Shabbos there are very few heterim for killing a snake. This wasn’t one of them.

Later in the day my son, now eight, noticed that a baby sparrow had fallen into the window well of his bedroom window. Again, Shabbos precluded doing anything about the situation. “Well, Shmuel Yitzchak, at least the snake will have an easy meal,” I ventured, but Shmuel Yitzchak didn’t appreciate the humor.

On Sunday morning he thought, “I’m going to open up my window and save that baby sparrow.” But then he had second thoughts. “I better go up to the yard and look down to see if it’s still there.” Well, when he looked, he didn’t see any baby sparrow — only a snake with a bulge in its mid-section.

When I heard that, I didn’t really believe it. I figured that my son’s anxiety about the previous day’s snake-sighting was getting to him and he was seeing snakes everywhere. But then I saw it too. The snake was nestled right next to the window; if my son had opened the window without first looking down into the window well from up above, he could have been bitten by a venomous Palestinian viper — without even seeing the perpetrator!

So Shmuel Yitzchak now has a chazakah to be the snake-spotter in our family, a dubious honor that he would be just as happy to do without, though he did revel in it when relating the experience to his cheder buddies.

It was easy to eliminate this snake, b”H — with a long stick poked through the grate of the window well — as it was exhausted from the arduous process of digesting its recent meal. I missed the first time I struck, but it didn’t even move, allowing for an easy direct hit on the second try. I wonder if this was a fulfillment of a mitzvah, since the passuk says, “He [the human] will strike you on the head,” and the sefer Maalos HaTorah (by the brother of the Gr”a) says that every statement in the Torah comprises a mitzvah. In any case, I’m grateful that we twice merited the fulfillment of the first part of the passuk and never the second (“and you [the snake] will strike his heel”).

Interestingly, the Gemara (Shabbos 121b) says that if a person comes across a snake or scorpion and kills it, “it was precisely for that purpose that the snake was put in his path.” Rashi explains that the creature was eventually going to hurt someone, but Hashem brought about the merit of its elimination, thus sparing others from harm, through someone meritorious: “megalgelin zechus al yedei zakai.” Of course it’s my son and not I who found snakes in his path, and I killed them for him because he couldn’t do it on his own. But he was the primary vehicle for bringing about the snake’s elimination, and there is no surprise here. Two dapim prior to the snake sugya, Chazal tell us that the level of merit generated by cheder children exceeds even that of Gedolei Torah! “The world’s continued existence,” says Reish Lakish in the name of Rabi Yuda Nesiah, “is only in the merit of the breath of the cheder children [learning Torah].” “And what about mine and yours?” asked Rav Papa. “Breath that is tainted by sin cannot be compared to breath that is not tainted by sin!” Abayei answered.

The Sefirah days have come to their end and we’ve reached Zman Mattan Toraseinu. It’s a time when we reflect on the endless merit that we have as the People of the Torah; how our reality is infused with the deepest purpose and meaning because of our relationship with Hashem and our fidelity to His teachings and instructions. As much as we rejoice in “our own” Torah, it’s important that we don’t forget about another great source of joy: the Torah of our little ones. For that is the pure breath of Torah — untainted by sin or guile — and it is at least as significant as our own, if not more so.