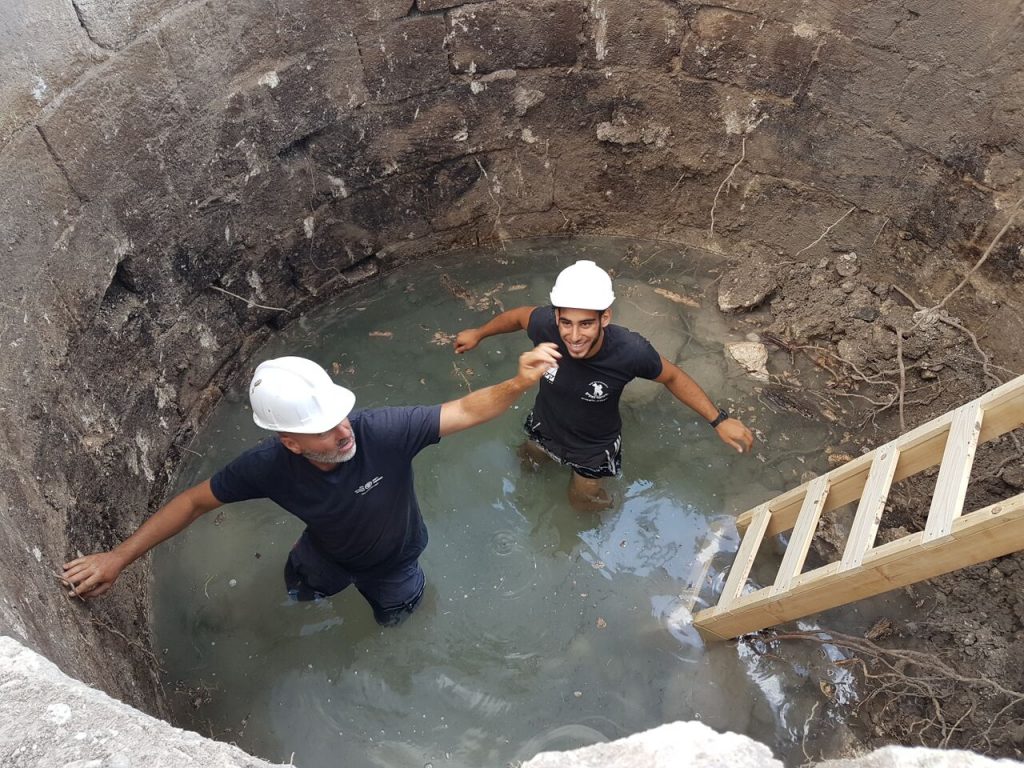 The find was made last week during work being carried out by the Netivei Israel Company in order to widen Highway 38 north of the main entrance to Ramat Bet Shemesh (Nahal Tze’elim Avenue). Students from the Paran and Hinaton pre-military preparatory programs took part in the discovery.

A large well, about 10.5 feet in diameter, was discovered at the site, which was dug into a level of groundwater that is currently about six feet below the surface. A small underground space with a vaulted ceiling adjoins the well. Israel Antiquities Authority (IAA) researchers believe that this structure, the likes of which are unknown in the Judean region, was used to store excess water from the well.

This well joins a series of wells that have been documented over the years along Route 38, even though nowadays it is not really difficult to discern them because of the palm trees growing around them and the fact that they are surrounded by thick flourishing aquatic flora. This sight, in fact, preserves one of the physical characteristics of the road and contributes to the reconstruction of the ancient landscape in the lower Judean hills.

According to Michal Haber, excavation director on behalf of the IAA, “Route 38, which connects Shaar Ha-Gai with Beit Guvrin, is today one of the country’s main longitudinal arteries. It in fact constitutes a corridor that links the north of Israel with the south, and it was this way during the course of many periods in the country’s history. Throughout the generations, sites, villages, farms were built along this artery, and roadside stations prospered between them.

“We believe that wells such as the one we exposed were installed at various times in order to meet the needs of the public traveling on the road and the people who resided alongside it. The latter were careful to maintain the wells as an exclusive source of fresh water and by means of sophisticated engineering methods they prevented these sources from drying up.”